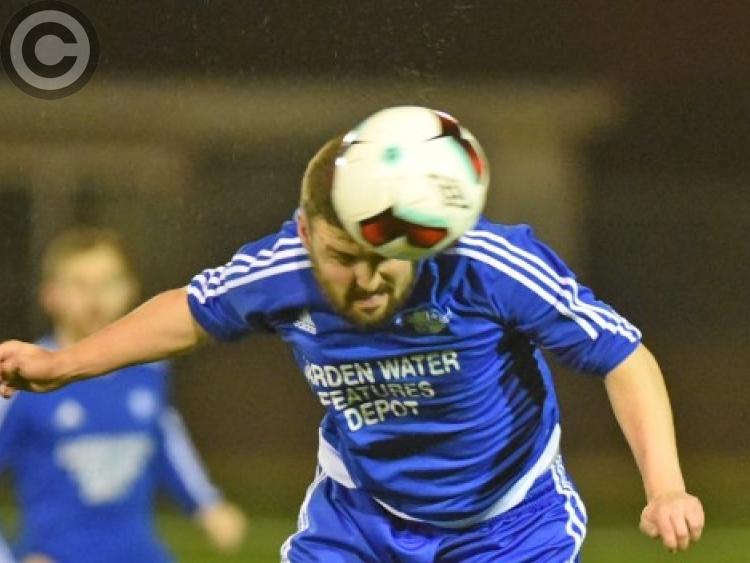 Just a week-and-a-half after Dundalk FC's Leinster Senior Cup bid was denied at the final burdle by Shelbourne, so too were Muirhevna Mor's as they succumbed to an agonising injury-time defeat to Mullingar Athletic on Sunday.

Having levelled a thrilling cup tie with two-minutes to play, the Blues lost out with the final kick of play as a wayward crossfield pass was cut out and finished by the visitors.

On his return to the 'Mor line-up, Billy Smith put them in front at half-time. Racing onto Tiarnan Mulvenna's pass, Smith dispatched ruthlessly to the top-corner. The goal settled the Dundalk side down following a tough opening 25 minutes and ensured they went to the break one to the good.

However, a lapse in concentration in defence cost them their lead as Mullingar struck twice in two-minutes to overturn their deficit.

Mulvenna's 82nd minute free-kick forced an equaliser, though. His 30-yard free-kick cannoned the post before being eventually turned over the line by a visiting player.

But within a minute the NEFL champions were in arrears once more as Mullingar grabbed their third goal of the contest.

A strike which Mulvenna cancelled out in the 88th minute when connecting with a Conall Mulvenna delivery.

Extra-time looked the likely outcome, but 'Mor's hearts were broken with the final kick of play.