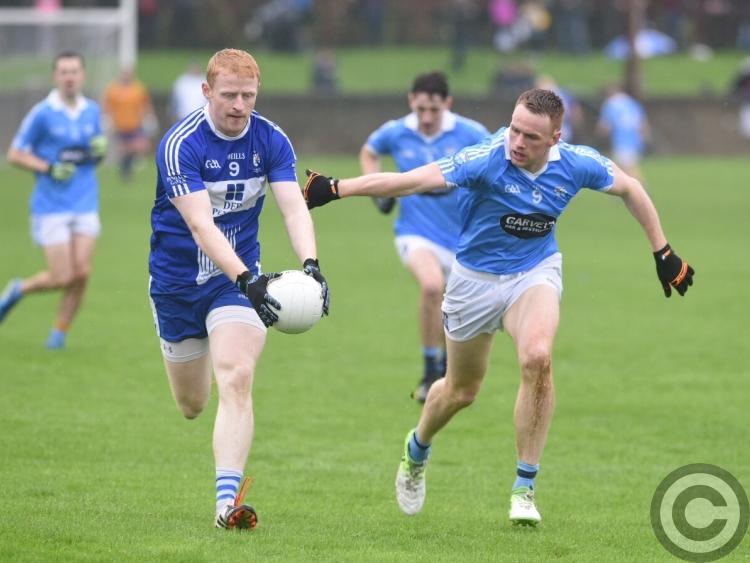 One of the poorest Senior Championship finals in memory went the way of the Newtown Blues at the Gaelic Grounds on Sunday afternoon.

While the treacherous underfoot conditions did little to aid the spectacle, there was a sense of inevitability about the contest from an early stage. Without a competent attacking plan, the Gaels conceded the initiative as the Blues were allowed to add a 21st championship title to their collection without having to raise even the mildest of gallops.

The foundations of the Gaels’ run to the final were laid in the early parts of their matches. Getting a lead and protecting it, while picking off the opposition on the break has been their way. And in the only match in which they failed to forerun, they shipped a heavy defeat to Naomh Máirtín. This was effectively a carbon copy.

Ronan Phillips’ men got goals at crucial stages having led throughout. Conor Moore’s major before half-time felt like the decisive blow, while whatever comeback aspirations the Dundalk side had were dispelled upon Ross Nally’s second-half major.

A late attacking flurry saw the Gaels close the gap, but the Blues were always a comfortable pace ahead despite goal chances falling the way of Seán McCann and Gerard McSorley as the Gaels attacked desperately in the closing quarter.

And even when they did get into the ascendancy as the Blues retreated – content with their advantage – the Ramparts side looked bereft of ways to breach a defence who fulfilled their primary chores to a tee.

Fergal Donohoe, Emmet Carolan and Paul Moore were standout in defence, though, as the Gaels poured forward, it was the Blues’ attack who came into their own. Nally scored 1-4 in the second-half, while Ciarán Downey struck three minors from play as insult was added to the Gaels’ misery.

But, as stressed, there was a mark of inevitability to the outcome from an early juncture. The Gaels struck some woeful wides before getting themselves off the mark in the 17th minute through a free from Éanna McArdle – who, like his colleagues, was off-colour in front of the target.

The Carr brothers, Robert and Kevin, registered early points to put the Blues ahead before the crucial blow was landed when Moore crashed an effort to the net off the underside of the crossbar with Donohoe and Carolan there to ensure the ball crossed the line.

It somewhat typified the self-harm caused by the Gaels’ set-up with Blues full-back Donohoe integrally involved in the build-up as he tagged the back-tracking Gerard McSorley the entire length of the field.

McArdle and Nally traded frees before the break as the Blues nursed a 1-3 to two-points lead at half-time.

Needing a fast start to get themselves into contention, it took the Gaels fourteen-minutes to register after the break through a Derek Crilly free, while Barry Watters’ effort a minute later was the Gaels’ first score from play.

But this was only a minor revival after the Newfoundwell men had opened the second-period with 1-1 – Nally’s goal being a looping effort from the right-wing which dropped over the head of Stephen Faulkner.

David Moloney got on target for the Gaels to leave the two-goals separating the sides – 2-5 to 0-5 – however, the final five-points went the way of the victors as Nally (3) and Downey (2) hit the target, ensuring yet another title went the Blues' way, while a further twelve-months has been added to Gaels' 65 season wait for Joe Ward.