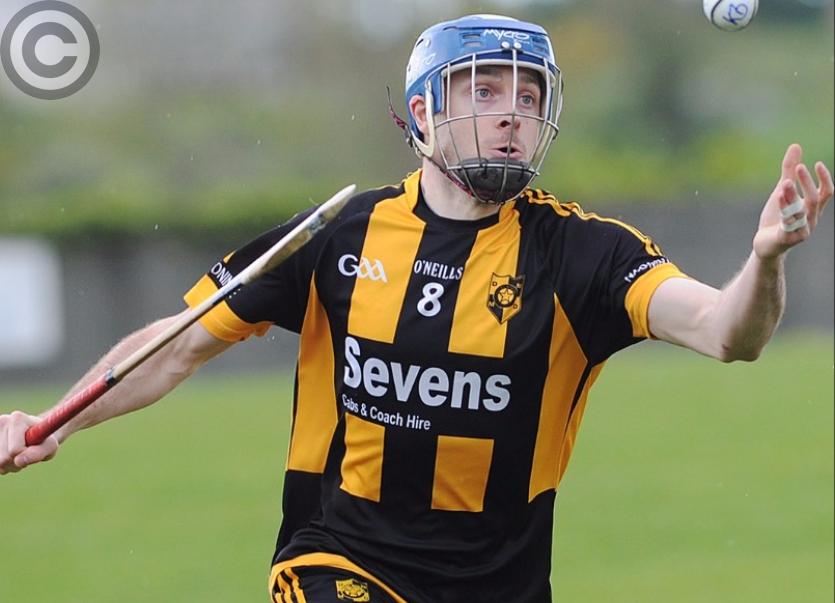 A depleted Naomh Moninne team bowed out of the Leinster Junior Hurling Championship at the first hurdle on Saturday afternoon.

And their defeat to Westmeath's Fr. Dalton's in Ballymore was made all the more painful with the late dismissals of Darren O'Hanrahan and Diarmuid Murphy.

Brian Brady's team were competitive for much of the contest, having led in the first-half, however, the concession of two-goals in the closing quarter prevented them from recording a famous victory in the Midlands.

Without as many as five starters from their Louth Senior Hurling Championship final fifteen, including centre-half Óisín Drumm through illness and Andrew Mackin (abroad), Moninne set about their business strongly early on.

But, as the match progressed, the home side began to take over and with Moninne unable to rely on players like Matthew Fee and Feidhelm Joyce - both of whom will represent the Geraldines in Sunday's Minor Football Championship final - they came up short.

Though, with several dubious refereeing calls going against them, their cause was hardly helped.

Moninne led 0-3 to two after 12 minutes with a pair of frees from leading marksman Ronan Geoghegan being supplemented by O'Hanrahan's point from play. The next two scores went the way of the hosts before Geoghegan levelled from play. Though, Fr. Dalton's would end the half with two-points in succession to go to the break in the lead; 0-6 to 0-4.

Monnine emerged strongly for the second-half, hitting three wides before Geoghegan opened their account to reduce the gap to the minimum.

But a burst of 1-1 from the Westmeath side saw Moninne fall five-points in arrears. Substitute Dáire Flanagan and Geoghegan struck minors apiece as the Black and Amber entered the final nine-minutes four-points behind.

However, their hopes of a comeback were ended when Fr. Dalton's found the net for a second time on 55 minutes before O'Hanrahan received a second yellow-card, while Murphy was given a straight red as Moninne's day in Leinster ended in disappointing circumstances.