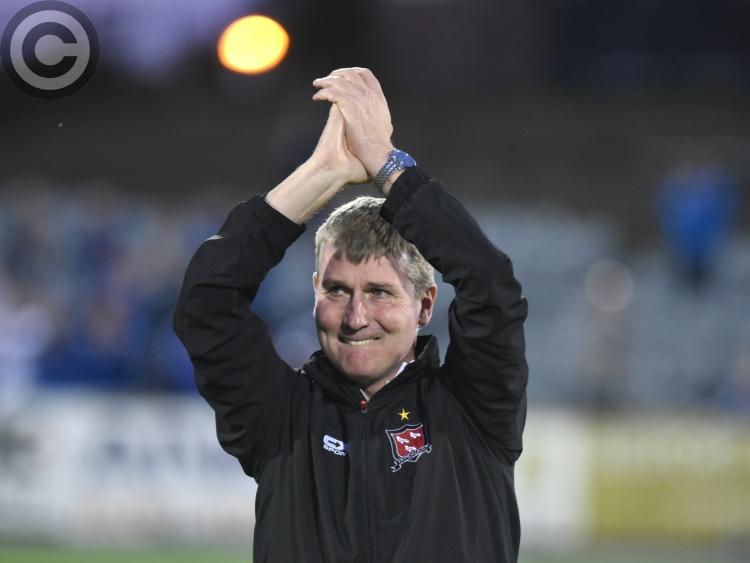 Dundalk manager Stephen Kenny has praised his side for prolonging the SSE Airtricity League Premier Division title race for as long as they have.

Michael Duffy's 87th minute winner in last night's match with Bray Wanderers at Oriel Park meant that, along with Cork City's stalemate at Dalymount Park, The Lilywhites held on to their title for at least another 72 hours with The Rebels set to meet Derry City on Monday night.

But, despite a sense of inevitability remaining over the championship chase, Kenny has praised his troops for delaying Cork's title coronation to the penultimate week of the season, especially considering June's 3-0 loss to the Leesiders saw Dundalk trail John Caulfield's side by 18 points.

"You would expect it (the title race) to be resolved on Monday realistically," Kenny said after last night's victory.

"But we have pulled it back from in excess of 18 to six-points, so we have shown the determination to keep going.

"We probably gave ourselves too much of a mountain to climb, but a lesser side, lesser men would have finished fifth or sixth with all we had to contend with.

"I think the players have done very well to get to two cup finals (FAI and EA Sports Cups) and to finish second in the league.

"And to lift the FAI Cup at the Aviva would be a very, very special season," he added.