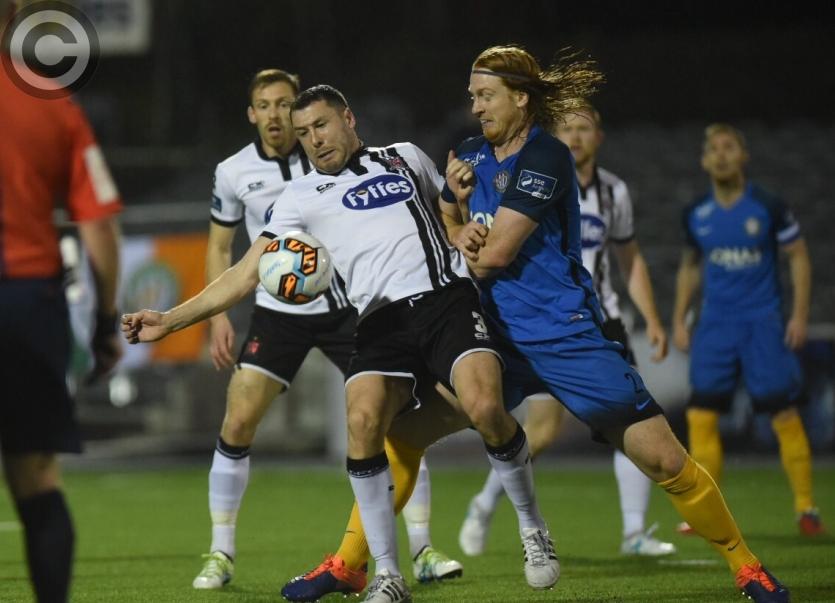 Michael Duffy's ninth goal for Dundalk ensured Cork City's twelve-year wait on the Premier Division title goes on as The Lilywhites secured their 21st league victory of the campaign.

A draw at Oriel Park would have handed The Rebels the title courtesy of their scoreless draw at Dalymount Park, however, with Bray down a man following Ryan Brennan's second-half sending-off, a goal into the 'town end' goal felt inevitable despite The Lilywhites having spurned a host of glorious opportunities beforehand.

Racing onto a ball from Jamie McGrath, Duffy controlled before drilling through the legs of Bray 'keeper Peter Cherrie as Stephen Kenny's men finally made their superiority count.

The first-half was a disappointing affair with a well-struck David McMillan shot - which Cherrie saved well - and Jake O'Connor's chested effort against the butt of the post the best action.

Dundalk lifted their play in the second-half, though Bray remained competitive, even after Brennan's 60th minute sending-off. Still reeling from a challenge by Shane Grimes which saw him require treatment, Brennan needlessly picked up a booking for a late foul on Gary Rogers before referee Seán Grant upgraded the punishment following an exchange of words.

However, it looked as if Harry Kenny's side were going to earn a share of the spoils, until Duffy slipped through with three-minutes to play to ensure Dundalk's status as champions for at least another 72 hours.