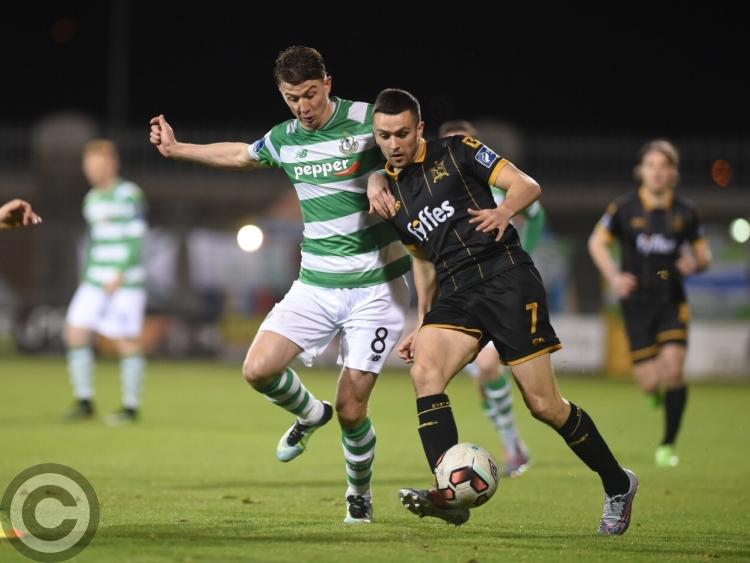 Victory over Shamrock Rovers in their FAI Cup semi-final replay ensured The Lilywhites took their place in the competition’s showpiece for the third season on the trot – a feat never previously achieved by the Carrick Road club.

While an eleventh FAI Cup triumph will now be on the agenda, an opportunity to avenge the heart-breaking final defeat of 2016 to Cork City is a very appealing prospect. The result simultaneously adds at least another year to Rovers’ now three-decades without a triumph in this competition.

Robbie Benson’s second-half goal will hardly appear in any goal of the season competitions, though, the ten-time winners cared little as it looked set to put them into the decider. However, on as a substitute, Michael O’Connor denied his hometown club in normal time with a bulleted header with five-minutes left – a goal he celebrated in front of the travelling contingent.

Having gone behind to Ronan Finn’s well-struck shot after ten-minutes, the visitors – having started the game on top – levelled within three-minutes with McMillan’s header moving the striker onto career-best figures. The attacker now has 23 in all competitions.

When reflecting on the match, Stephen Bradley may look at his side’s indiscipline as a reason behind their defeat. While keeping their full complement on the pitch for the first time in three games against Dundalk, match referee Paul McLaughlin awarded the visitors almost twice as many free-kicks as the frustration around the south-Dublin venue mounted to palpable levels at times.

Though, it was a decision-against which would have had The Lilywhites rightly feeling aggrieved as Rovers took the lead. Simon Madden earned a free-kick by theatrically throwing himself to ground after connecting with McMillan when following through. In front of the Rovers’ technical area, the decision was unlikely to go any other way.

And stemming from that delivery, a breaking ball found Finn who stylishly volleyed to the bottom corner.

Having begun the brighter with Dylan Connolly flashing a shot at Tomer Chencinski, Michael Duffy was at the heart of a free-flowing move which, with the aid of poor goalkeeping by the Rovers custodian, saw McMillan nod home the equaliser.

For the remainder of the first-half, and into the early stages of the second, the game ebbed and flowed with neither able to take a foothold until Benson scrambled home to force Dundalk ahead. An in-swinging corner from Duffy saw the posse at the front post fall to the ground with the ball somehow squirming through to Benson, who had the enviable task of tapping home.

But, despite chances falling for both Duffy and McMillan, Chencinski atoned for his earlier error to keep the dream alive for Bradley’s team. And how crucial those saves proved as O’Connor rose above Seán Hoare to level the tie, and force extra-time.

The most notable incident of which - Dundalk's goals apart - arose at the end of the first period when a coming together between O’Donnell and Bradley led to all hell breaking loose on the touchline with a member of the Rovers backroom team sent to the stands and three players booked.

Mind, the second-period was anything but bleak viewing for The Lilywhites as McMillan applied the telling touch prior to O’Donnell injecting the lethal dose over a crucial five-minute burst.

The Aviva is calling and the town are there…