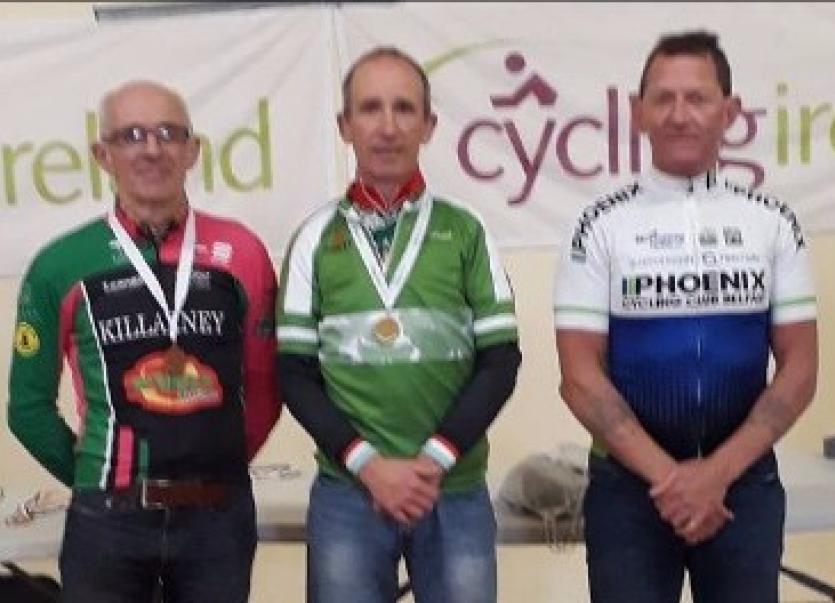 Jimmy Flynn with his national medal.

Local cycling stalwart Jimmy Flynn claimed gold at the Masters 60 category at the National Championships in Castledaly, Galway at the weekend.

No stranger to topping the podiums, the Jenkinstown native held off Belfast's Seán Hargan and Tom Daly of Cork to reign triumphant in an event he has targeted since the beginning of the season.

His success added a Cuchulainn Cycling club's great recent form where they added a first goal of the season to the pair of silvers collected two-weeks ago.

The climb used for the event was locally know as The Scalp, a 2km climb with an average gradient of 6%, but with stretches at 19%.