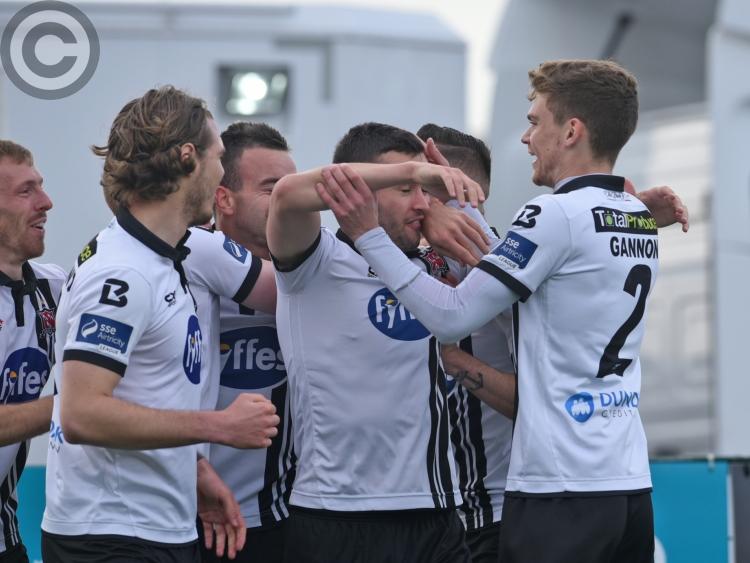 Seán Gannon felt his side’s second-half performance cost them a place in the final of the FAI Cup on Sunday evening.

The Lilywhites lost a lead with 14 minutes to play as Brandon Miele’s strike sent their semi-final with Shamrock Rovers to a replay.

And, while Gannon admitted to feeling disappointed about “not doing the job on the night”, he reflects on it as a fair result and is thankful for still being in with a chance of reaching the Aviva Stadium in November.

“Of course, we would have liked to win here, but we just have to go Tallaght and do it there,” Gannon told the Dundalk Democrat.

“I don’t think we can complain about the draw because we didn’t have too many clear-cut chances. We could play a lot better than we did tonight. Granted our goal was a great goal, we didn’t do enough or show enough plays like that in the game.

“First-half, we played against the wind and we probably played better in the first-half even though it was hard to get out. Whereas in the second-half I don’t think we used the wind to our advantage at all.

“It was a poor goal for us to concede. A cross comes in and it goes through a few players’ legs so there was obviously an element of luck towards it, but we haven’t conceded too many goals since the mid-season break, never mind soft ones so that was disappointing.

And with Dundalk’s strong record at Tallaght Stadium, Gannon is hoping to rekindle their EA Sports Cup final performance on Tuesday-week. A showing which he believes would see The Lilywhites to a showpiece meeting with Cork City for the third season in a row.

“We have a good record in Tallaght, we won the EA Sports Cup there a few weeks ago, so we’ll be hoping for more of the same the next day,” the right-back added.

“There’s always a rivalry between us and them. Today was no different because both sides wanted to get to the Aviva for the Cup final. I’m sure Tuesday-week will be no different.”