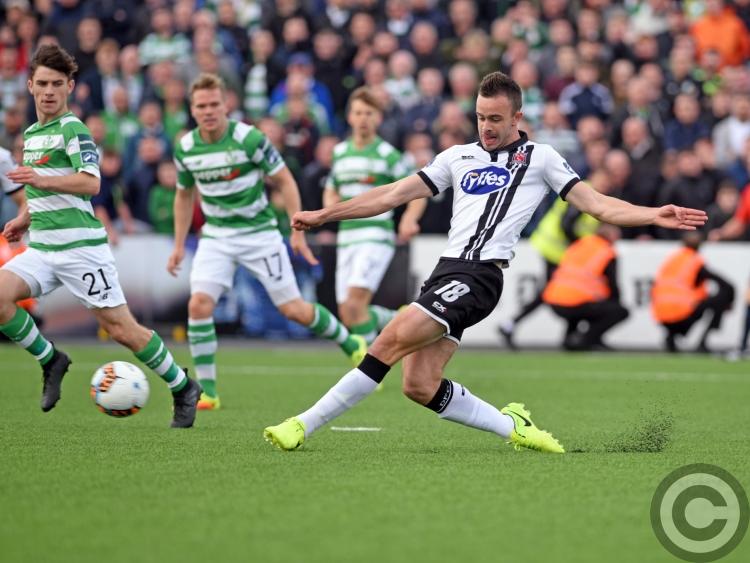 It looked for lengthy spells as if Robbie Benson's eleventh goal of the season was going to be enough to send The Lilywhites into a third final on the trot, and they had chances to ensure their place against Cork City in November. Most notably when Patrick McEleney's fizzing effort was tipped over the top by Tomer Chencinski in the Rovers goal prior to the interval

But despite their initial dominance, Dundalk were to be pegged back by Rovers as Miele shot to the corner of the net through a sea of bodies. It was a goal Stephen Bradley's men deserved on the back of the much-improved second-half play.

Hoops midfielder David McAllister may not be featuring at Tallaght Stadium next week, though. He was dismissed on a second bookable offence towards the finish for a rash challenge which saw Chris Shields, on as a substitute, replaced.

Before kick-off a flare hurdled onto the pitch by the Rovers support set a section of the field alight, and this only added to the frustration incurring from Benson's second of the night entering injury time. Referee Neil Doyle cancelled the goal out having adjudged there to have been a foul in the Rovers area beforehand.

To Tallaght we must go...