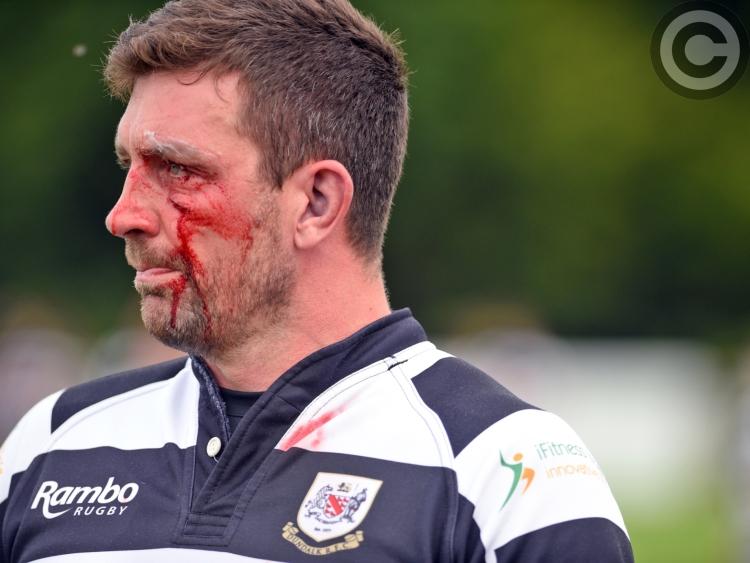 Three tries in the closing 10 minutes rescued Dundalk a losing bonus-point at the Mill Road on Saturday afternoon, but they were well beaten by De La Salle Palmerston.

Laurence Steen and Derek Williams (2) went over, adding to a penalty try earlier in the half, and Dundalk could have cut the gap even further had it not been for an injury to Gearóid McDonnell. In the out-half's absence, all three of Peter O’Neill’s conversion attempts skewed off target.

Having allowed the Dublin outfit such a healthy lead – one which stood at 24-0 by half-time – Mike Walls’ side were playing for pride in the second-half. And, by scoring four five-pointers, they salvaged quite a bit from a game which was hardly competitive for the first 50 minutes.

The visitors ran riot in the opening-half, crossing the try-line on three occasions, and putting ferocious pressure on Dundalk in both defence and attack. The hosts never looked like scoring in the first-half with several attacking plays breaking down just when it seemed like a gap was opening.

In contrast, Palmerston were ruthless and two tries in the opening 11 minutes gave them an ideal platform. Having kicked deep into Dundalk territory from a penalty, they used their power off the line-out to bulldoze over the line.

Ben Stephens was unerring off the kicking tee, scoring the conversion before adding a further three-points after Hamish Walker was penalised by a referee, who was otherwise lenient considering Dundalk were awarded 22 penalties without a visiting forward being sent to the bin.

Dundalk were caught cold for Palmerston’s second try, which was the result of winger Michael Cook's successful kick chase. Stephens converted before a blitzing run and finish by Conor Joyce allowed the former to extend the away team’s half-time advantage to 24 points. This during Derek Williams’ time in the bin having taken out an opponent in the air.

The lead was extended to 31 when James Wepner crossed and Stephens converted early in the second-period.

Thereafter, Dundalk lifted their performance, getting themselves off the mark courtesy of Robert Williams’ incisive dart – a score which was upgraded to a penalty try after he was tackled late when touching down.

The score seemed to inspire more composure in Dundalk’s play and after a concerted phase of play, Laurence Steen got over in the corner to make it 31-12 following O’Neill's missed conversion attempt.

And when Derek Williams went across three-minutes later, a losing bonus point was on. A reward they got in the final play, despite Palmerston crossing in the meantime, as Williams again linked up with Walls – whose impact grew stronger as the match progressed.

Unfortunately, their efforts were too little too late in terms of the overall result, but the bonus point offers Dundalk some optimism ahead of next Saturday’s visit of Ashbourne.