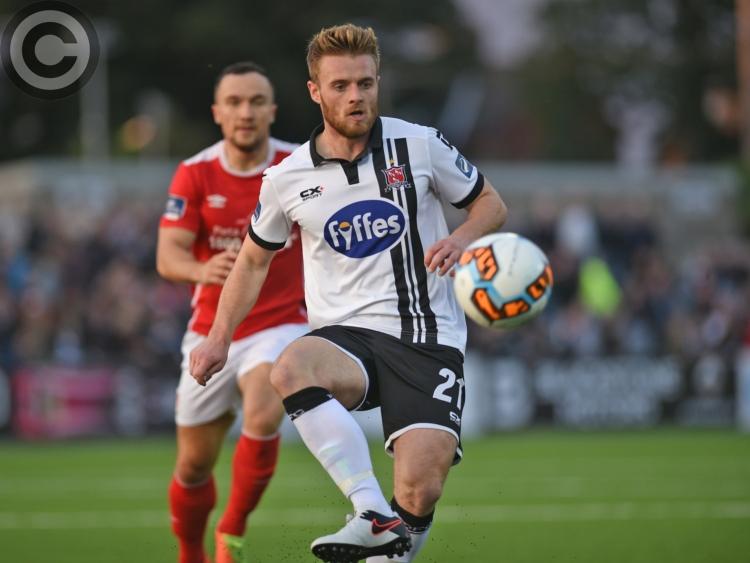 For the second time this season, it took penalties to separate UCD and Dundalk in a cup competition.

Finnegan steps up...and scores to the left!!! #DundalkFC win the shootout 6-5 to progress to the Leinster Senior Cup Final!!

'Skipper Gary O'Neill put the hosts in front from the penalty spot three-minutes before the break, however, a screamer from Conor Clifford late in the second-half saw Dundalk draw level, force extra-time and subsequently penalty-kicks. The midfielder also scored Dundalk's equaliser in the previous meeting.

The opening to the game was tepid with neither going close before Scales glanced a header off target approaching the midway point of the first-half. Dundalk had the first shot on target, though, when Carlton Ubaezuono forced Niall Corbet into a flying stop.

Home forward Georgie Kelly had another chance for the Students, spurning a one-on-one with Sava, before O'Neill sent UCD to the break a goal in front.

8 of Dundalk FC’s panel in their LSC QF win over Thomastown were part of the U19 Enda Mc Guill Cup winning squad.

Dundalk - who featured last week's Enda McGuill Cup final hero Jack O'Keefe in attack - started the second-period strongly with Clifford and Kinsella having efforts on goal, though, as the half progressed, it didn't look like Stephen Kenny's men were going to find a leveller.

That was until six-minutes from time when Clifford stepped up to hammer a shot into the top left-hand corner from 30 yards. It was a strike that, despite some late UCD pressure, kept Dundalk's competition hopes alive as extra-time ensued.

The Lilywhites were on top during extra-time with U19 heroes Ubaezuono (2), O'Keefe and Watters going close at the ground where they lifted the McGuill Cup six-days ago. And Dundalk were once more denied a winner when Hoare and Eric Whelan, on the follow-up, had shots saved by Corbet, while Kinsella went close at the beginning of the second-period.

But Dundalk weren't to be denied, showing their nerve from 12 yards to book their place in the Leinster Senior Cup decider.

The Dundalk U-19s, some of whom played 120 mins tonight, have the small matter of a game v Drogheda tomorrow