PART TWO | Colin Larkin on his career in England

The Dundalk-native relives his career in-depth 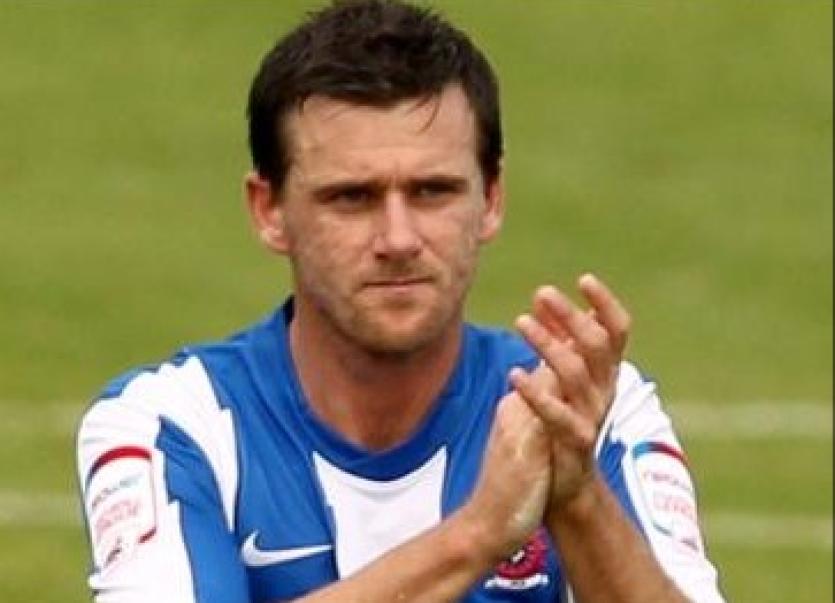 For Part One of our interview with Football League legend Colin Larkin, click here.

Colin was a club-record signing for Mansfield, though this was not something that weighed heavily on the 21-year-old striker. After a flying first season with the Stags, which yielded seven goals in 14 starts, the vain of his career, hamstring trouble, set him back as he prepared to “move it up a level” in his second season.

His time with Mansfield came to an end in 2005 when Carlton Palmer was at the helm. When the subject of his relationship with the former English international was brought up, Colin’s first instinct was to laugh. Mind, it was a relationship which entailed few laughs.

“People do be on about how our bad relationship was all down to me, but that’s not all right. He came into the club and he knew straightaway that he didn’t want many of the lads who were already at the club – who you would call ‘Keith Curle’s men’ (the previous manager).

“He didn’t even watch Alex Neil play and he put him on the transfer list. There was another lad, Scott McNiven. I’m not trying to really bad mouth Carlton, but Scott was only back from testicular cancer and he released him because he said ‘he didn’t know if he was ever going to be right again’ and that left a bad taste.

“He wasn’t prepared to wait around and see if he could regain full-fitness. Around that time, I started to see a real ruthlessness come into football and it’s the horrible side of it.

“With me, it wasn’t really injury, rather an illness. I had my appendix out just as he came into the club and I was out for four weeks. My first week back, we had a running session and bearing in mind that I was only back and wasn’t the worst there, I remember him singling me out and before that I was one of the fittest lads at the club.

“I didn’t mind and took it on the chin, but he took me off at half-time in the next game because he said ‘I didn’t get across the pitch quick enough’. He then called me in on the Tuesday and apologised because he’d watched the tape back of the game. So, I thought everything was alright because I began playing again, scoring goals and there was talk of a new deal.

“But another bloody injury, against Grimsby at home, stopped my progress again and it proved to be the final straw. I tried to chase a ball down and I pulled up with my quad. I came in after the game and he tore into me, trying to say that I feigned injury, so I’d a go back because anyone who knows me would know that I would never do something like that. I’d had enough injuries already in my short career.

“I went up to his office after it and I thought everything was clear after our chat, but I remember driving home and listening to him saying that I’d never wear a Mansfield jersey again on the radio.

“I thought ‘bloody hell, he’s wrong’ and a lot of the fans knew he was wrong but I kept quiet, saw the season out and got a very good move to Chesterfield, which was the league above.

“He was obviously trying to get me out originally but he failed and I was happy at Mansfield, I mean I wanted to stop there, but the longer the season went on the more I knew I wouldn’t be staying. And I didn’t want to be there either under a manager who was like that.

“The principles he had. Without being nasty about it, he’s not in football now in terms of football or management and there had been stories about him at Stockport, which we got to see first-hand at Mansfield. I collared him at the end of the season at the awards do and told him that he’d got me all wrong, and I proved him wrong after that.”

PART THREE: 'The magic of the Cup' will be documented tomorrow evening.