PART ONE | Colin Larkin on his career in England

The Dundalk-native relives his career in-depth 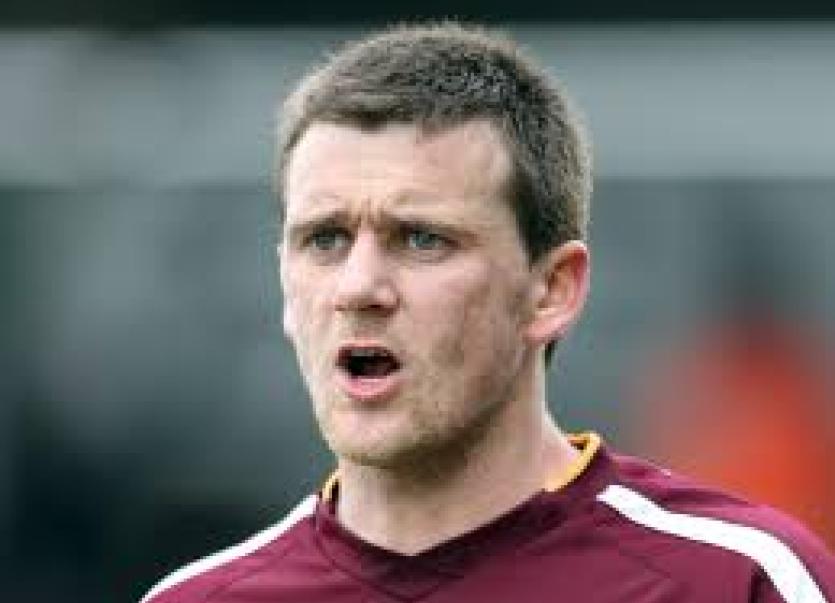 Last month marked the 19th anniversary of Colin Larkin’s departure from home. As a 16-year-old, the Muirhevnamor native was recruited as part of the Irish revolution at Wolverhampton Wanderers.

It was nothing uncommon, nor is it still, for locals to try their hand at the English game for a period, particularly in their adolescent years. But, as so many try, the ruthless thinning process sees most of them return.

The Dundalk Schoolboys League has long been seen as one of the most vibrant underage set-ups in the country. Though, there has been somewhat of a breakage in local talent translating themselves into professional footballers, particularly across the water.

Steve Staunton is the town’s proudest son in a footballing sense, but there is something equally remarkable about Larkin’s career. He made a living by playing in the choppy waters of the English lower leagues, where, as its precarious nature would have it, you were chasing your next contract “one game at a time”.

He never had to chase suitors, though. Such was his reputation that during his Football League years, he never once left a contract without having another an ink-splash away.

And, while he failed to replicate Staunton in gaining a cap for the Irish senior team, “the ultimate achievement” and something which was top of his ‘to do’ list, Larkin followed in the former Liverpool man’s footsteps by reaching and playing in a Wembley final. Though, as will be touched upon later, it was a rather bittersweet experience.

He recalls his early days in football: “The ball was glued to my foot growing up. Eamonn Bingham started me off in Bay Estate playing U8 and from then onwards it was all I wanted to do.

“I was always playing with my brothers, Kenneth and Mark, and their mates, you toughen up playing with the older lads and even though I say that now, I was likely the one lying on the ground crying at the end of our games, but it didn’t half toughen you up for later years.

“I learned to avoid tackles from an early age because that’s what you had to do on the streets of Muirhevnamor. But, that was me growing up, a total mischief with a football. My Mam and Dad had to replace many windows in Glenmore Park with me and the ball…”

He name-checks the likes of Donal Lynch and Wally Murphy, his Milk Cup management with Dundalk, David ‘Chubby’ Reilly and Noel Bailey in Muirhevnamor and even Kevin Gordon, who he said always “looked after him” during his days playing GAA with Na Piarsaigh.

But much of the conversation came back to how Colin dealt with leaving home at such an early age and of how leaving his parents, Mickey and Ann, at 16 was a psychological barrier he struggled to overcome.

“I remember the first two or three nights I was sitting in my digs in tears, not altogether because I was homesick but, because you knew you were leaving everything behind from the first 16 years of your life,” he said.

“I was with a family, but it got quite lonely in the digs. You were allowed six flights home a year and your family got over twice, but that kind of made it harder because just as you were getting to a stage where you were getting on with it, you were training and playing, you’d book a weekend home to see everybody and that brought it all back.

“You’d go home on the Friday and back on the Tuesday, but come the Tuesday you’d be back at the airport, your Mam would be crying and your friends would be gone for another month or so.

“My eldest brother had his first kid at the time so I was missing out on nephews and nieces over the years too. It was very hard and every week there would be someone else going home.

“You’d see them getting excited about heading home and you’d feel gutted because you knew you weren’t getting that chance, but they’d return and be really homesick, so then it was your job to pick them up, take them bowling or to the cinema. We all relied on each other, it was like a family at Wolves.”

The move to Wolves came about on the back of a strong showing at the Milk Cup with Dundalk where Middlesbrough brought their venture to an end at the semi-final stage of the Plate.

Members of that team began to get “recognition” afterwards. Alan O’Hare went to Bolton, Barry Murphy to Southampton, Paddy Quinn spent time with Preston, while Colin got his move to Wolves having also spent time on trial at Southampton.

“One of the first teams to approach me were Wolves and I was taken over for a weeks’ trial, but after two-days they had offered me a contract.

“Even though the likes of Man United and Liverpool were interested, I just walked in the door at Wolves and I felt it was the place for me. I knew what I wanted to do for a living and I tried to grab it with both hands.”

Robbie Keane’s starring for the Molineux club and how he was given the opportunity was a major factor in his decision to join the English midlands outfit, Larkin admits.

“I definitely looked at Robbie and there was a strong Irish contingent at the club when I got there. There were eight Irish lads already there within the underage teams, four of which I had already played with in the Irish squads, so straight away I felt in a good place, in a good environment.

“Seeing familiar faces made me settle a lot quicker because flying over, all the other lads had gone on the 1st of July and I didn’t move to August 13th so I felt I’d be behind straight away, but they helped me along and I’m still very appreciative of that.

“I think with Robbie being so successful and breaking into the team so early on, it made me believe because there was always great talent on Irish shores and I think the following year they took another batch of Irish lads in. I think at one stage there were 18 Irish lads between the reserve and first teams. We took over in a sense.

“But, to see someone get that chance, it inspired me and gave me that confidence to believe that I’d made the right choice in joining Wolves instead of going to a club where they were always £5 million away from buying another goalscorer. Wolves didn’t have that sort of money and they were intent on investing in youth instead.”

Having joined as a winger, Wolves’ coaching staff found that Colin’s main attributes, his pace and touch, were more suited to a striking role, hence a positional change very early on in his career.

His first goals in the Wolves first-team came against Notts County in a cup game, where Jermaine Pennant, who would later move to Arsenal, struck twice for Notts.

When Dave Jones took charge at Wolves, Larkin admits the club’s fabric and ethos changed. He needed a loan move and he accepted one, at the second attempt.

“I’d just signed a new two-year contract with Wolves, but the manager wanted me to go out on loan to Clyde in the second tier in Scotland.

“I turned it down because I wanted to stay and fight for my position. I’d made a couple of first-team appearances at that stage and I reckoned I was in with a chance of making it into the team on a more regular basis.

“But instead Adam Proudlock, who was also a winger, went up and he scored six goals in something like six games and all of sudden I was down the pecking order because they took him back, put him straight into the first team and he started scoring a few goals.

“The opportunity to go to Kidderminster came about then and all I wanted to do was play football. Dave came to me and said ‘you’re still a young lad, but you need to get that experience of playing regular, first-team football’, so I went for the month’s loan and loved it.

“It was great so I agreed to stay to for another month. Jan Molby was the manager at Kidderminster and it was all out attacking football which I really enjoyed because I was scoring goals and getting involved so I stayed to the end of the season.

“I was playing with men every week there, instead of playing youth-team football or sitting in the stand as the 17th man with the first-team at Wolves. That was a great experience for me and I think it helped my development, being a 10-stone centre-forward against 14 or 15 stone 30-year-olds.

“I went back to Wolves, but that summer they’d signed numerous names. Obviously, (Ade) Akinbiyi was the ‘top dog’ already up front, but men like Paul Ince and Dennis Irwin had come in and with Dave as manager, there was a big push on for the club to get promotion to the Premiership.

“I felt that I was getting a little bit left behind and they weren’t going to buy somebody for £3 million and leave them sitting on the bench.

“You could see the club changing around that time too. Dave had big ideas of the club moving upwards and there was a big charge on for promotion with all the new signings.

“The manager was still happy for me to stay, but he was just telling me to be patient, that the time would come.

“Jan Molby had taken the job at Hull around then and I’d spoken to him about a move. He said that they weren’t going to be able to buy me until Christmas. I was happy with that but I sat down with the Wolves Chief Executive Jez Moxey and he said the club had received a good offer for me from Mansfield.

“He said Wolves wanted me to stay but that Mansfield was an opportunity for me to go and play regular football. I would have happily stayed at Wolves, but I wanted to get out and play football. I’d that real hunger to play. It might have only been 5000-6000 fans, but that buzz and that feeling of playing every Saturday, I wanted more of it.

“They agreed the fee and I went to Mansfield.”