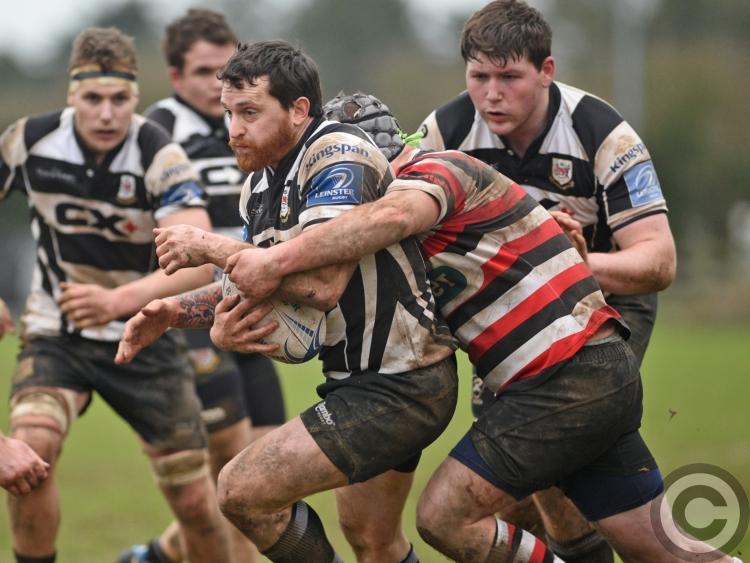 Dundalk firsts’ got their Leinster League Division 1A season off to a great start with a thoroughly deserved, if hard-earned victory away to Enniscorthy on Saturday afternoon.

Mike Walls’ side recovered from a half-time deficit, which stood at 14-10, to score and convert two second-half tries while also keeping the Wexford men scoreless to secure a 10-point win.

Crucial to their second-half turnaround was their defensive organisation, a ploy which saw the frustration levels in the hosts’ attack build. With that arrived several penalties which allowed out-half Gearóid McDonald to gain Dundalk crucial field position.

And with a fully functioning line-out giving the outside backs a platform, Dundalk crossed the whitewash twice to collect a morale-boosting opening-day win.

In ideal conditions, McDonald put Dundalk into an early 3-0 lead with a successful penalty attempt before Enniscorthy found their feet offensively. With their ball carriers proving highly effective, Dundalk found themselves becoming narrower and narrower as the pressure built.

And that compression eventually told as the home team crossed the try line twice in quick succession to force themselves 14-3 to the good having converted on both occasions.

However, Dundalk rallied as Enniscorthy’s indiscipline began to surface. After McDonald kicked to touch to give Dundalk vital territory, flanker Laurence Steen powered his way across the line for the visitors’ first try. And McDonnell converted to cut the Slaneysiders’ lead to four-points at the halfway stage; 14-10.

The second-half was where Dundalk showed their mettle, though, with the line-out calling of Hamish Walker and distribution of play/coach Mike Walls at scrum-half crucial to the turnaround that would ensue.

After a sweeping move across the field Robbie Williams got over for a five-pointer which McDonald converted before prop Jonathan Gray crossed in the closing minutes after receiving a pass inside from his out-half. That score secured the dramatic victory for Dundalk.

De La Salle Palmerstown are the visitors to the Mill Road on Saturday. Kick-off is 3pm.