McCrystal and Dunlevy win Sportswoman of the Month award 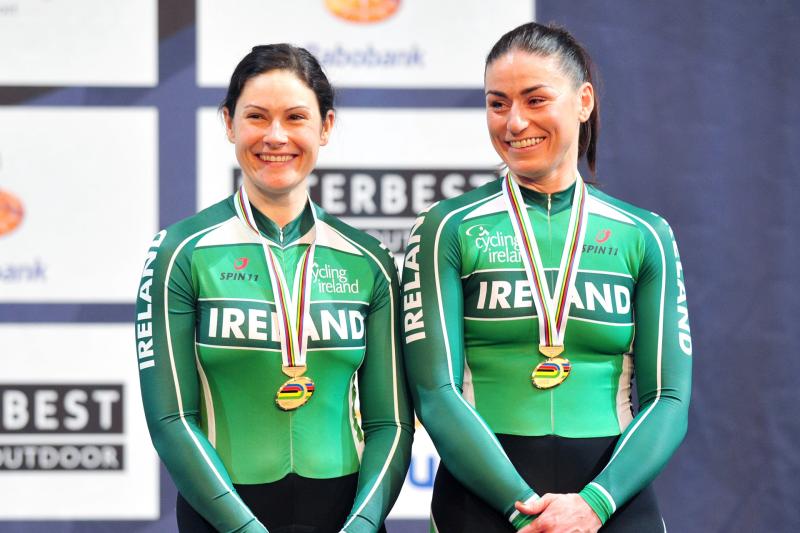 Dundalk-native Eve McCrystal and her cycling partner Katie-George Dunlevy have won The Irish Times and Sport Ireland Sportswoman of the Month Award for August.

According to the Sportswomen of the Year panel of judges, the only difficulty Dunlevy and McCrystal presented them with was which month to choose as the pair have been weighed down by medals after their efforts so far this year.

Both women were intent on building on their success in Rio last year, when they came home with gold and silver in their luggage, and they’ve more than met their target.

As a team their chief aspiration for the year was success at the Para-cycling Road World Championships in South Africa. Their form ahead of that trip ensured they travelled to Pietermaritzburg with confidence high.

McCrystal and Dunlevy won time trial and road race gold medals at the opening round in Italy, Dunlevy’s first race of the year; and repeating the feat in the third round in the Netherlands, making them the series leaders as they headed for South Africa for the main event of the season.

"It was as if we were one person on the bike,” said Dunlevy, she and McCrystal working in tandem in every sense of the word.

It was in the time trial at the World Championships that they collected their first gold medal, finishing six seconds clear of the British pair of Lora Fachie and Corrie Hall, doubling their golden haul in the same week in the road race, outsprinting Poland in a bunch finish to take their second world title.

Thus Katie-George Dunlevy and Eve McCrystal take the August award in a year which has gone rather well for them so far.

Katie-George Dunlevy was born in Crawley, West Sussex and competes for Ireland as her father is from Mountcharles, Co. Donegal. Eve McCrystal was born in Dundalk and is a member of An Garda Siochana, based in Monaghan.