Injury concerns for Kenny ahead of Louth derby

Dundalk are looking for a 12th win from 14 domestic games 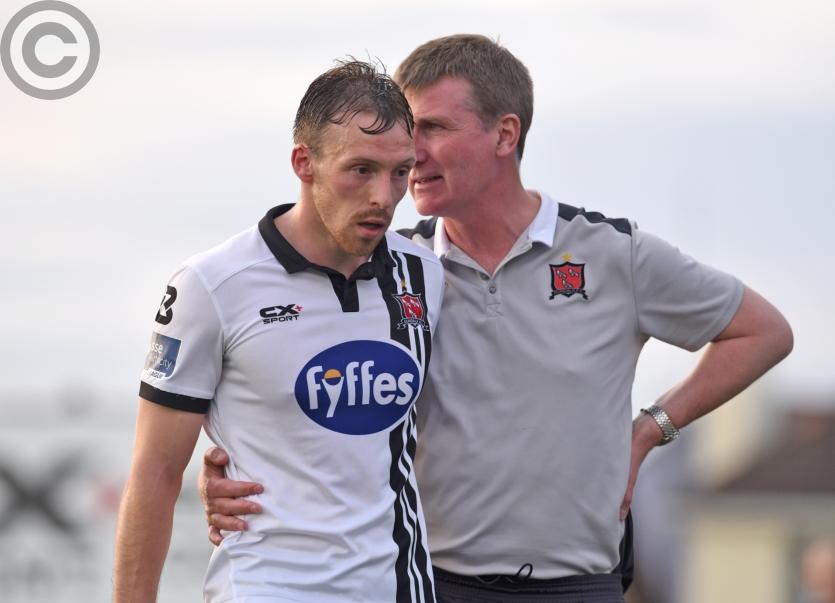 However, Jamie McGrath is in line for a return to the squad after missing recent games with appendicitis.

O'Donnell hasn't played since the 4-0 cup win over Derry on August 13th, while Massey and Mountney have sat out the last two matches.

In Massey's absence, through a knee injury, Shane Grimes has deputised to good effect with Kenny singling him out for praise following the wins over Crumlin United and St. Patrick's Athletic.

The Lilywhites go into tomorrow night's encounter seeking a 12th win from their last 14 domestic games, while looking to add to their 36 goals in the same period. Dundalk have also scored nine times against Drogheda in their two league meetings this season, including June's 6-0 demolition at United Park.

David McMillan has scored three goals against the Drogs in 2017 - netting 15 in the league overall. Indeed, his tally is only two shy of the Drogs' entire Premier Division total.

Pete Mahon's men have progressed to this stage of the competition courtesy of comprehensive victories over non-league Evergreen and Cobh Wanderers. They scored nine goals in those games, while conceding only the one.

But it would constitute one of the biggest FAI Cup shocks of recent times in the Boynesiders were to dump out Dundalk on their own patch, with a home win, and a handsome one at that, coupled with revenge for the 2013 semi-final controversy a more likely outcome.