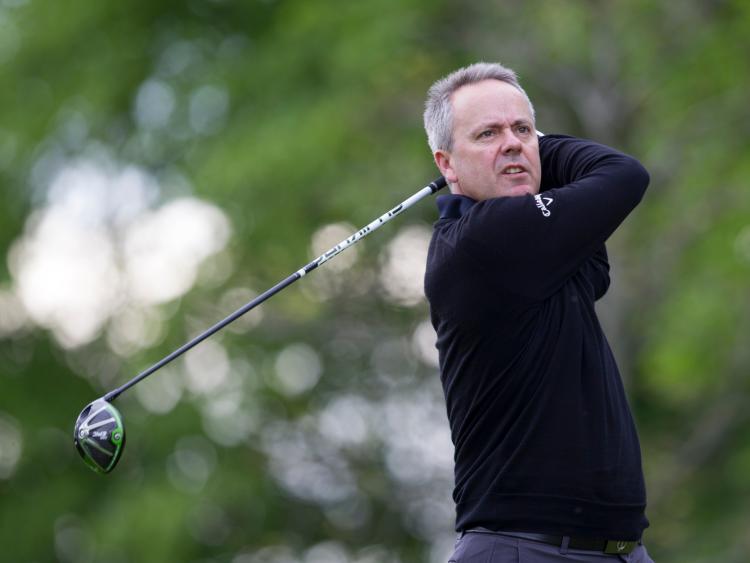 In what was their first outing as pair, Dundalk Club captain Mickey Coburn teamed up with PGA professional Leslie Walker for the qualifying event held at Seapoint Golf Links and they returned a 10 under par round of 46 points without dropping a shot.

This score gave them a two-point advantage over Shaun Donnelly and Neal Graham of Castle Hume Golf Club and David Walker and Stuart Margetson of Foxrock Golf Club.

They Dundalk duo gelled immediately with Coburn making six birdies and a nett eagle. The result now sees them travelling to Morocco for the final.

“If I’m brutally honest that’s the first time I’ve ever played with Leslie, it worked out very well on the day, and we started out well which was important,” said Dundalk-based eight-handicapper Coburn, aged 61 and a retired mechanical engineer.

“My captaincy has been a relatively easy year, but we must be one of he only clubs in Ireland that has closed membership - we’re at our limit and that’s about 1,500 members.

“Seapoint’s about 15 miles away but I really enjoyed it and I love the course. It was cloudy and no wind, we probably got the best of the day, but we had about a four hour wait to see if we’d won. You’re always hoping someone doesn’t nick it at the end.

“But I have to say this is absolutely fabulous prize.”

The Dundalk pairing will now play in the the £22,000 final, in association with Golfplan, which will be played between November 21-22 at Mazagan Beach Resort, Casablanca.

“We played a super round, Mickey was very strong, he did all the scoring with six birdies and an eagle,” said Walker.

“It was a great links course but the rough was very difficult so you can see why some teams dropped shots, but we were in the short grass all day long.

“I’ve never played out in Morocco, it’ll be a great new experience and I hope we can compete out there.”