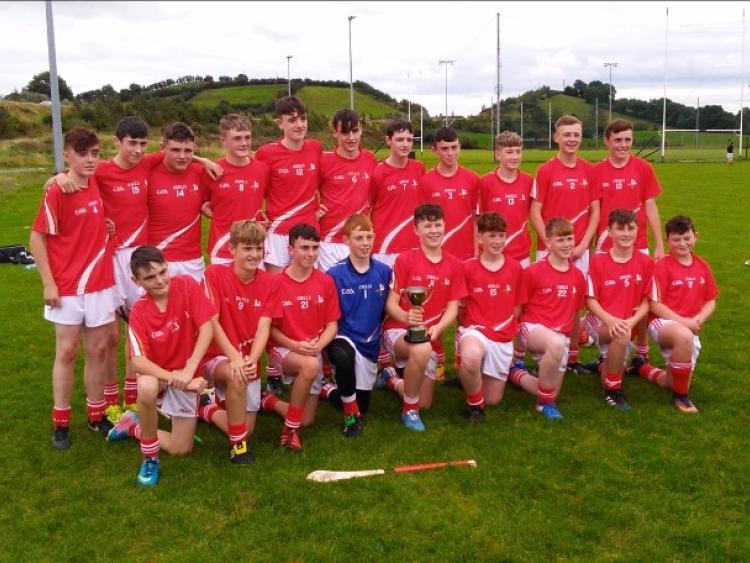 The Louth U14 Hurling Development Squad, along with selectors Ken Tobin, Sean Byrne and Stephen Kettle, travelled to Cloghan Centre of Excellence (Monaghan) to compete at the All-Ireland 'C' National Blitz last Saturday.

They proved too strong for the opposition in their opening two group matches scoring a total of 28 goals. They beat South Ulster (White) by 13-12 to 0-4 before accounting for Tyrone (Black) by 15-15 to 0-0.

Next-up in the semi-final were Derry 'B' who they got the better of on a scoreline of 8-11 to 0-1 to set-up a meeting with Kildare 'B' in the final.

The decider proved to be a much closer affair but once again goals won the game as they took the title, 2-4 to 0-4. Afterwards the cup was presented to the Louth captain Tom Mathews.

Also on Saturday, the Louth U16 Hurling Squad made the long trip to Carrick-on-Shannon to compete at the All Ireland 'C' Championship. They played Leitrim in the semi-final and were unlucky to come out on the wrong side, 2-8 to 2-7.

In their second match they lost to Longford in a 3rd/4th place play-off.