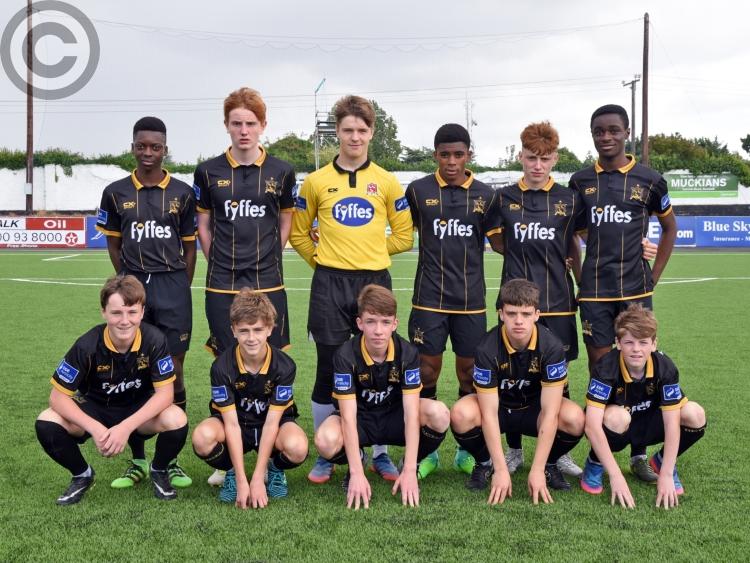 The Dundalk U15 before today's game. (Pic: Ciarán Culligan)

League of Ireland U15 League

Dundalk lost their opening League of Ireland U15 game at Oriel Park this afternoon, going down 3–1 to Shelbourne.

Despite James Teelan giving the Lilywhites the lead midway through the first-half, Shels were the better side on the day and thoroughly deserved their victory.

Max Kelly pulled the visitors back on terms in the lead-up to the break before early second-half goals decided the contest.

Shels substitute Ethan Wynne put the Dubliners 2-1 ahead before Kelly completed his brace with a trickling effort to the bottom corner a minute later.

To their credit, Dundalk battled to the finish with centre-forward Val Adedokun seeing a looping effort crash off the crossbar prior to Jeff Nwodo heading narrowly off target.

Nwodo, Jake O’Sullivan and Donal Leavy – prior to going off through injury - caught the eye for Dundalk with Kelly and Cian Tunney impressing for Shels.