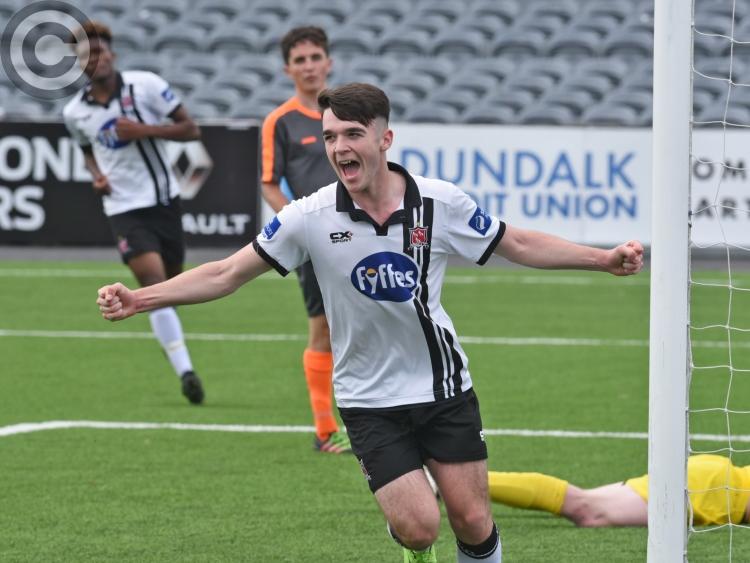 Dundalk U19s made it to the Enda McGuill Cup final with a 4-1 win over Cobh Ramblers at St. Colman's Park tonight.

With the tie having been level at half-time, one goal apiece, the young Lilywhites put in a superb second-half performance to get themselves into the decider - where they will face UCD.

It took Martin Connolly's charges only two-minutes to get on the scoreboard when Carlton Ubaezuono scored with a low drive from inside the box.

However, Dean Swords levelled the game on 10 minutes when he met a Scott McCarthy corner with aplomb.

Chances were traded before the break with Dundalk having had a goal ruled out for offside, though the sides retired to the interval level.

The Lilywhites had the ball in the net six-minutes into the second-half, though, and this time it wasn't ruled out as Jack O'Keefe finished to the net.

And the talented attacker made it 3-1 to the visitors midway through the half in spectacular circumstances having driven to the net from 30 yards.

From that point onwards, Dundalk weren't to be denied and midfielder Deane Watters added gloss to the scoreline in the closing quarter with his team's fourth major.