The man who missed Louth's '57 win

Mick Brady speaks to the Democrat about his career 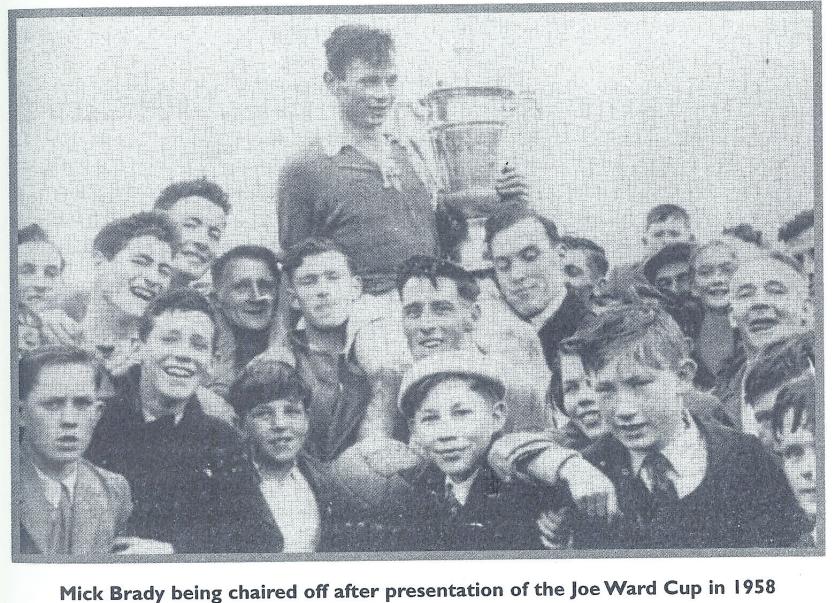 In 1956, a former Monaghan minor, junior and senior by the name of Mick Brady made his bow for Louth at the age of 20.

Having signed with Roche Emmets a year earlier, Brady made great strides – playing with the Louth juniors before being picked to play National League and then Leinster championship football with the Wee County.

Brady’s championship debut came in May of ’56 when Louth, trained by Jim ‘Sogger’ Quigley, lost to Kildare in Navan on a 1-9 to 0-9 scoreline. The Lilywhites would go on to win the Leinster crown that year, while Brady spined a Roche team beaten by Darver Volunteers in the Louth junior championship final.

Tremendous, indeed trail-blazing, success would follow him in the years to come with Roche; a junior title preceded the club’s first Joe Ward triumph in 1958 while Emmets also reached six Cardinal O’Donnell Cup deciders in a row.

A native of Kilnaleck, County Cavan, Brady enrolled on a horticultural course in Monaghan at the age of 17 and went on to play club football with Tyholland and minor, junior and even senior with Monaghan.

Indeed, the first time he ever set foot in Dundalk was to play Louth in a challenge game in the Athletic Grounds for the Farneymen. A job was to come up in St. Louis Convent as the horticulturalist and Brady was never to look back. Dundalk, and Roche, is his home to this very day.

He was among the finest fielders of his era, a revered player among his peers, both colleagues and opponents. However, somewhat unfairly, the former midfield player will always be known for one supposed ‘mistake’ he made in the Spring of ’56 – although he clearly doesn’t reflect upon it as such.

“I was playing for Louth in the league and they heard about me at home so I was approached in the Spring of ’57 to declare for Cavan,” Brady told the Dundalk Democrat.

“That was always my hope,” he said, with almost a tear in his eye, “because, I was brought up listening to great men before me who played with Cavan - Mick Higgins, Phil ‘the Gunner’ Brady and Victor Sherlock, household names.

“I always thought if I was approached to play for Cavan that was what I wanted to do and what I was going to do, not thinking or giving it a thought that Louth were going to win the All-Ireland,” he chuckled.

“Whatever chance Cavan had, I thought they had a better chance than Louth….

“Some people in Louth weren’t too happy with me. I remember ‘Sogger’ was refereeing a game in Roche. He said ‘I heard you’re declaring for Cavan’, which I said I was. He said ‘I think you shouldn’t’ but I told him I wanted to play with Cavan.

“I’d signed the form to declare for them but he kept telling me I could withdraw it and things like that, but my heart was set and I wasn’t going to withdraw it. I’d done it and that was that.

“Louth were very poor starting off in ’57 before going from strength-to-strength, they got a few men back – Jimmy McDonnell and Tom Conlon didn’t play in the National League.

“The team just strengthened up and clicked together and went ahead and won the All-Ireland.

“I remember on the Tuesday night after they won the All-Ireland. I was walking down the ‘Blayney Road to the shop and ‘Sogger’ was coming up the hill on the bike and he says ‘you made a mistake Mick’, says I ‘I know’ but that was that,” Brady said in a fit of laughter.

Mick would win an Ulster Championship with Cavan in 1962, prevailing over the double All-Ireland winning champions Down. An Anglo-Celt medal hardly weighs as much as an All-Ireland medal but Brady still stands over his decision to declare for Cavan.

“I’d still stand over my decision,” he insisted.

“Although, knowing what I know now, I’d have stayed with Louth for another year and then transferred,” he laughed.

“We were beaten in three Ulster Finals, as well as the one we won, because Down were at their height that time. They were just brilliant.

“They beat us in ’59 by a big score and we got an awful buck after that because we weren’t prepared for this Down team. They were like fliers. They introduced this fast-running game and they were ‘cock-sure’ and confident in themselves.

Getting to play with ‘the Gunner’ Brady and Victor Sherlock were great personal achievements considering his upbringing listening to their All-Ireland winning exploits with Cavan in the 1940s. Football was destined to be in Mick’s blood. His father, Mick Snr., was “mad for football” and played junior with Cavan.

Mick lists fellow Cavan man Jimmy McDonnell as the best player he played with, Seán O’Connell of Derry the best player he ever faced while Galway legend Seán Purcell was the best footballer he ever saw.
Wembley and Clones were among the vast array of grounds Brady played at, however, for Mick, Croke Park was the pinnacle.

The pinnacle for Roche arrived, as previously mentioned, in 1958 where only 11 years into the club’s existence the senior championship was captured with Mick captaining the team.

“In ’55, we won the MacArdle Cup. We beat the Blues in the final but we were beaten in the junior final in ’56,” Brady recalls.

“We were quite confident we’d win the championship from an early stage but the game that stands out from that year in my mind was against Ardee in the semi-final in Knockbridge.

“Paddy Gallagher made his debut that day, the first game he played senior for Roche was in the semi-final of the championship which is something that would be unheard of now.

“Paddy was just a great goalkeeper. We were a bit behind in the first-half and Ardee got a penalty which Paddy saved.

“Jimmy Tuft was training us at the time, a Young Irelands’ man, and he said at half-time, ‘there’s a young gasun after coming in and saving a penalty for you so now go out and win it, and we did against a very good Ardee team.

“Ardee always had great footballers. If you wanted to see football in its purity, I think Ardee would have been the team you had to look for. Paddy Markey, Kevin Beahan, the Roes, Dermot O’Brien, Patsy Coleman, all great players.

“Cooley were going through a bad time in them years but there was great enthusiasm to play football out there even though they hadn’t a good team.

“They had great gates and there’d be a great crowd who’d come in from Cooley to Jack Treanor’s field when they’d come to play us.

“There was more of a connection between the supporters and the teams at that time. There was a time when everyone would wait on after the game and talk football, Evin Quigley, Harry Myers and all the Treanors in Roche. It was great because they would replay every game.

“They’d turn up there at training and they knew everybody. That’s something that is missing now, times have moved on I suppose.

“We won Cardinal O’Donnell’s and different things but we should have won another championship at least,” Brady said.
The main regret being losing the 1963 final, having spent most of the year injured.

“I hadn’t played for Roche much in the championship with the collarbone injury but I came back and played in the final against the Blues.

Jack Treanor was the main man around Roche at that time. According to Mick, “he was the club”. And, to this day, Treanor is seen as Mr. Roche with a memorial stone sitting proudly in his memory at the club's playing fields in Rathduff.

The numbers congregating in the clubrooms on a Friday night for the weekly game of cards has slowly whittled away, however, Brady remains an ever-present. Roche has given him a lot he admits. He’s grateful for the friends he acquainted and the times he spent both playing and involved with Roche. His wife, Jean, also hails from the area so in many ways he’s indebted to the football club for what it has given him.

Although, with the service he gave back, the feeling is most certainly mutual.