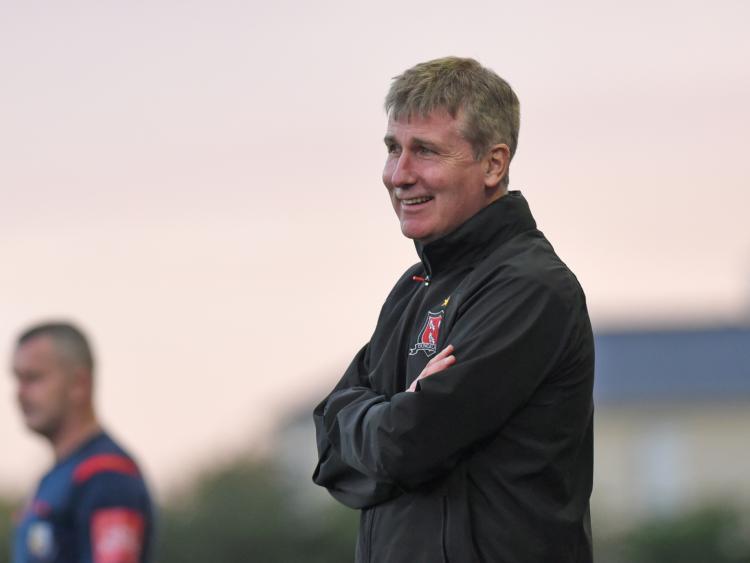 A draw which Dundalk manager Stephen Kenny has labelled “the toughest possible” awaits on Sunday evening as Derry City venture to Oriel Park for the second successive FAI Cup campaign.

Twelve-months ago, Dundalk - who were coming into their semi-final meeting on the back of the European victory over Maccabi Tel-Aviv - lost a lead as the Candystripes salvaged a draw having fallen two goals behind.

The game, also played on a Sunday, went to a replay the following Tuesday night. Though, that’s not something that can happen this time around with the tie having to be decided on the day, whether that necessitates extra-time and spot-kicks or not.

Quite a bit has changed for both sides since that meeting. Only five of Dundalk’s starting XI remain at the club, while Derry have been equally hit. Ryan McBride’s death along with the departures of Conor McCormack (Cork City) and Niclas Vemmelund (Dundalk) means Kenny Shiels is likely to field a youthful line-up this weekend.

That policy has served him well thus far this term with last week’s 2-0 victory over Shamrock Rovers their fifth win in six matches. They sit third in the league, though one feels that they would have put in a more concerted title challenge with their former ‘skipper, McBride, in the team.

While his tragic loss may have derailed their league hopes, a cup success - the club’s first since 2012 - would be a fitting way to mark their former captain’s memory.

Dundalk have a strong motivation of their own, though. The fact that their European campaign was ended prematurely in their eyes along with Cork’s impending league triumph sees the cup take on even greater significance - it’s a season-salvager in a sense.

Though that may be a tad harsh, considering the success Stephen Kenny has brought to Oriel Park, current expectations – unrealistic or not – demand silverware. The Dubliner would be the first to admit that anything besides claiming one of the majors would translate as a disappointing season in comparison to his other years at the helm.

The Dundalk manager described this week as “big” for his side, with Monday's EA Sports Cup semi-final against Galway United incorporated.

“It’s a tough draw for both teams, especially seeing as there were 10 non-league teams in the draw so for two of the top three to draw each other (is ironic),” Kenny said.

“Derry are a good team and they’re playing well. I was at their game against Limerick recently and they won at Rovers on Friday night so they’re in good form. It’s probably as tough a draw as we could have got.

“But it’s tough for them too because when it has come to big games over the last four years, we have always come out on top. We have the capacity to do that but we’re going to have to raise our performance because Derry have some very good players.”

Such is their cup tradition, Derry are expected to attract in the region of “1,000 followers” to Oriel Park on Sunday. Kenny acknowledges the impact that is going to have on the visitors. In turn, Dundalk’s supremo has asked patrons from this part of the country to also flock to Oriel in their numbers.

“I think it will be one of the biggest crowds we have ever had in Oriel Park next Sunday and we will need that. I know they’re bringing a thousand so there will certainly be a big crowd at the game.

“We have home advantage in a big game and that can make a difference,” Kenny quipped.

With the partnership of Patrick McEleney and Michael Duffy bearing fruits of late, Dundalk should possess enough to at least avoid defeat on Sunday – over the 90 minutes that is.

Having drawn 0-0 with the Candystripes in the midst of their difficult run in May, the Lilywhites will be well up for ensuring another disappointment like that doesn’t materialise this weekend. Taking out a fellow big gun so early in the competition would serve the 10-times winners well as they bid to avenge last year’s final defeat and if they can replicate the quality of their second-half performance against Limerick, there’s no doubt they can topple the Foylesiders.

Though, a thorough 90 minute recital will be required.

Sunday's game at Oriel Park kicks off at 6:30pm.