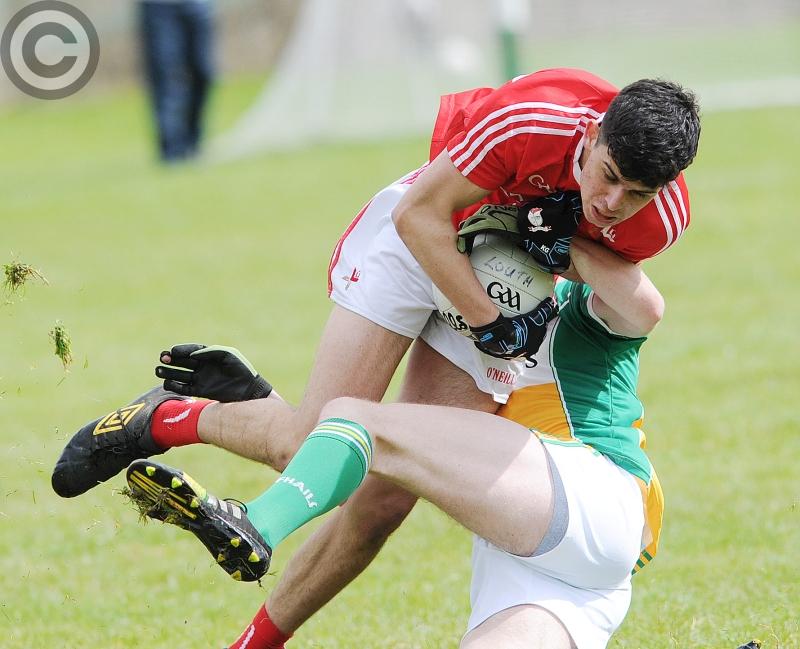 Louth’s trailblazing run to the All-Ireland series of the Minor Football Championship was brought to an end on Saturday afternoon in Portlaoise; the venue where their campaign began with victory over Laois.

Wayne Kierans’ men bowed out to a Kerry side which oozed class. In truth, Louth were never competitive in the game, though they did fight admirably with John Gallagher and Ciarán Keenan the shining lights.

FT: @Kerry_Official 1-22 2-9 @louthgaa. Credit to Wayne and the boys, they gave it everything #Trailblazers

While their efforts were standout from a Louth point of view, in the wider context, the Kerry forwards were supreme with David Clifford further underlying why many perceive him to be the best minor footballer in the country.

The Fossa man – an All-Ireland winner with the Kingdom last September – was in imperious form, scoring nine-points and laying on so many more. He looks a hybrid of Kieran Donaghy - for his stature and basketball hands - and Declan O’Sullivan – with his elegance and pace.

He rarely missed the target and on the rare occasion that he did, a free-kick from an acute angle shortly before half-time, there was a gasp of disbelief from the sizable crowd in attendance. His marker, Geraldines’ Dan Corcoran, had an unenviable task from start-to-finish.

After the manner of the Leinster final defeat, all Kierans could have hoped for was an improved performance. And his Wee County troops obliged by putting on a show which meant they left the Midlands with their heads held high.

Their quest was always a forlorn one, mind. They made impressions in patches with goals either side of half-time from Keenan and Eoghan Callaghan drawing them to within five-points at one stage.

Though, much of this was down to Kerry easing off the gas. You always felt that when required the Kingdom had at least another two gears to go up.

The 10-point margin at full-time was reflective of Kerry’s superiority and a tally which Kierans probably would have taken after eight-minutes, at which point his team trailed 1-3 to no-score with Dónal O’Sullivan’s goal stemming from a Louth handling error in midfield.

Gallagher opened the Wee County’s account in the 10th minute and the John Mitchels’ man was to score twice more from play before the end of the first-half, with his third-point being of the highest calibre.

Kerry’s centre-field dominance, which saw them claim seven marks over the hour, was something Louth’s physically inferior operators couldn’t deal with as the Munster men led 1-7 to a single-point and then 1-11 to three with Brian Friel – another in his second year playing inter-county minor – hitting three-points from play.

The final score of the opening-half was Keenan’s goal. It was a fine finish from the Ardee, St. Mary’s man who reacted quickest to Gallagher’s short ’45 before turning and firing low to the net.

Kerry went to the break 1-11 to 1-5 in front, a lead which they extended to nine-points having struck the first three minors of the second-half - the first of which was a classy effort from Clifford.

But just when it looked as if the Kingdom were going to pull clear, Louth hit back as Callaghan found the Kerry net at the end of a wonderful team move. It offered false hope though as Kerry once again took control of the middle-sector with the black card given to Naomh Máirtín’s Conor Morgan a defining blow to Louth.

Peter Keane's four-in-a-row chasers outscored the Reds eight-points to three over the closing third of the match, with Gallagher (2) and Keenan (free) rounding Louth’s closing total to 2-9.

Still, a first Leinster final appearance in 46 years, five minor championship games and a debut in the All-Ireland quarter-finals represents a strong year for Louth. As their manager, Kierans, put it afterwards, “we can look back on 2017 with good memories.”

Campaign over for .@louthgaa minors but we can be very proud of what was a breakthrough year.The fight to improve will continue #LouthGAA⚪