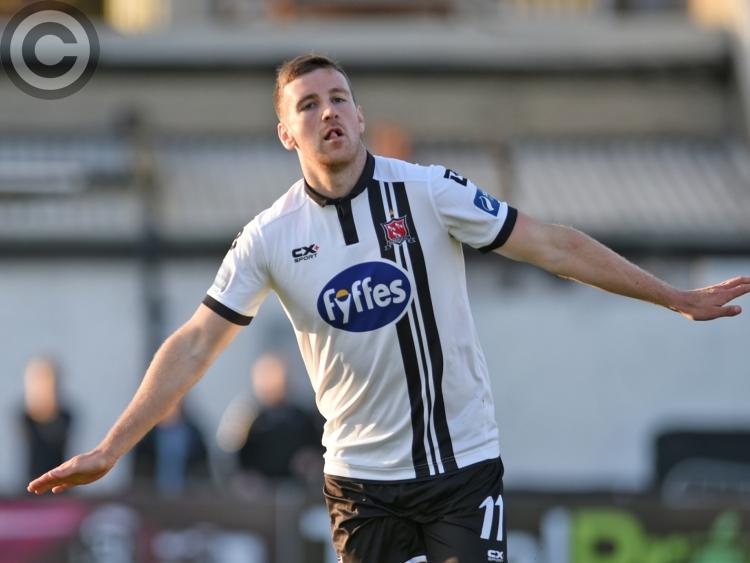 Patrick McEleney once again stole the show at Oriel Park last night in scoring a peach of a goal to open his team’s account.

Dundalk eventually ran out 3-0 winners over Limerick with McEleney undoubtedly the Man of the Match.

A vital cog to the Lilywhites’ attack, McEleney has been hotly tipped in recent weeks to follow the Patrick Hoban, Richie Towell, Daryl Horgan and Andy Boyle in becoming the latest big name export from the club.

Doncaster Rovers, Wigan Athletic and Melbourne City are among those who have recently been linked with the midfielder, who turns 25 in September.

Speaking to the Dundalk Democrat after last night’s game, McEleney revealed that he is in constant contact with the club regarding his future.

“I’ve been speaking to the club on a regular basis. There is always going to be whispers and speculation but there’s been nothing concrete or serious on the table as yet,” McEleney said.

“I’m a Dundalk player and that has to remain my focus at the minute. As everyone seen tonight, I’m focused on playing here and whatever happens in the future happens because at the moment there’s nothing to talk about.

When asked if he sees himself at Oriel Park next season, the Derry-native offered a conservative response.