Dundalk ease to victory over Limerick

McEleney once more the star of the show 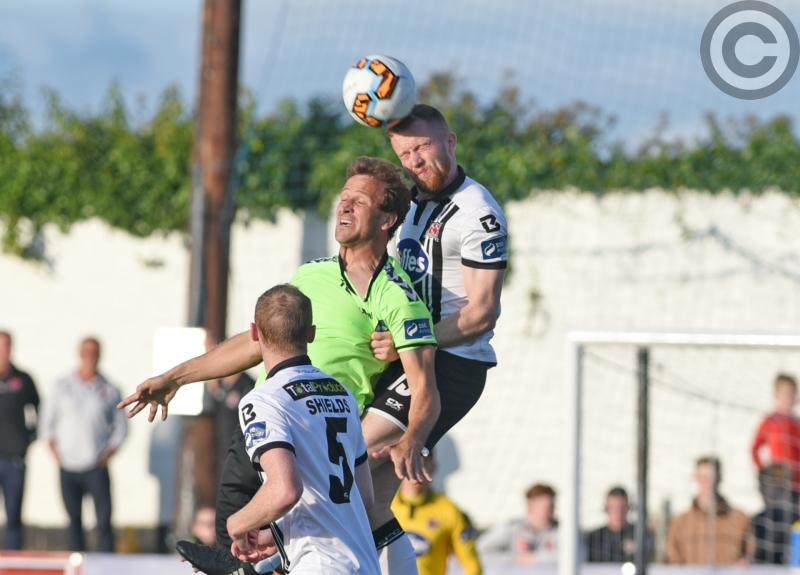 Dundalk put in a stirring second-half performance to comfortably see off Limerick's challenge at Oriel Park tonight - with Patrick McEleney once again stealing the show.

McEleney - one of three changes from the Dundalk side which drew with Sligo Rovers - left the pitch after 84 minutes to a standing ovation having picked up where he left off in the home European leg with Rosenborg.

The attacker was unplayable at times, particularly during the second-half where both he and Michael Duffy lived up to their billing as Dundalk's most technically astute assets.

Dylan Connolly was another to impress in the second-half as The Lilywhites kept up their four-year unbeaten streak against the Shannonsiders.

The opening goal came on 32 minutes through a familiar source. Having drawn the free-kick with an incisive run, McEleney picked himself up to clip the ball back across goal and into the top left-hand corner of the net.

It was a beautiful strike - at the same end to where to where he scored the only goal when the sides last met on the Carrick Road earlier in the year - and one which left visiting 'keeper Brendan Clarke with no chance of saving.

The goal - McEleney's ninth league strike of the season - helped Dundalk to a slender half-time advantage.

Though it was one they wholly merited on the basis of Limerick's unwillingness to commit themselves to attack, Dundalk were far from vintage in the opening-half with the goal being their one and only first-half effort on target.

Stephen Kenny's half-time chat had the desired effect as the hosts attacked the town-end goals in the second-half. There was an immediate lift in their intensity from the first-period with McEleney and particularly Duffy upping their levels considerably.

Gartland's 53rd minute header - from a Duffy delivery after Dylan Connolly was fouled - doubled the advantage and when the centre-half met another sweet delivery from the winger three-minutes later, Dundalk got their third as Benson diverted the goalbound effort past the stranded Brendan Clarke.

Duffy and David McMillan had further chances before the close as The Lilywhites toyed with their opponents for much of the second-half.

Limerick unleashed a few late efforts on goal, none of which had Gary Rogers in any trouble, as the home team eased over the winning line.