Dundalk man Damien Callan: How we started the Póc Fada

The Pearse Óg man was the first winner 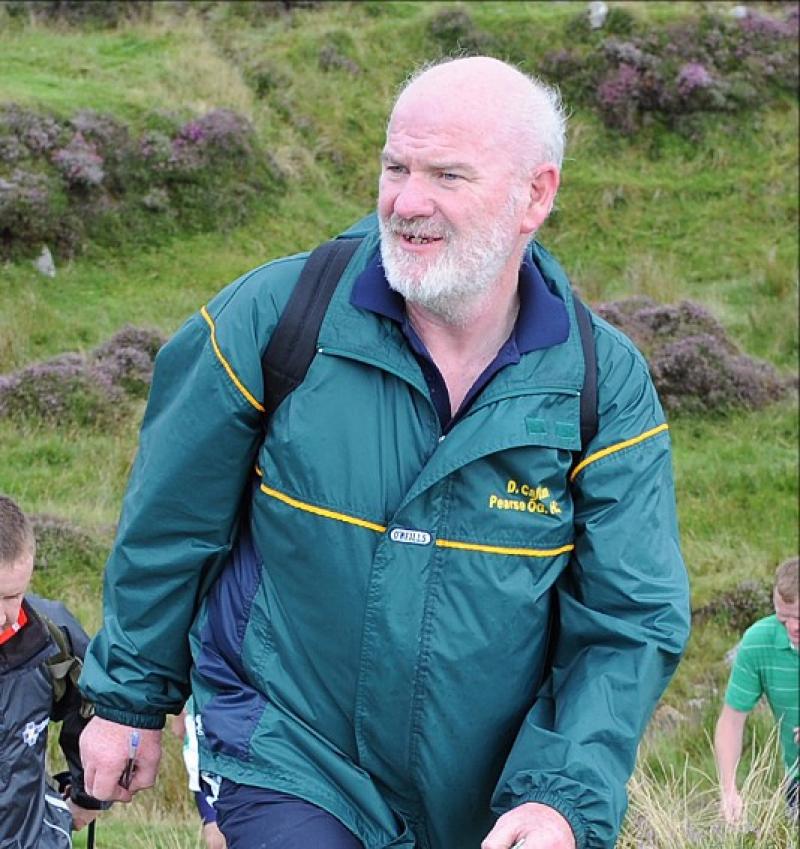 “August 9, 1960.” There is no questioning Damien Callan’s knowledge of the Póc Fada, or the date of its inauguration.

The first winner of the competition, Callan has dedicated a lifetime’s commitment to hurling in the Wee County, with the Póc Fada a prized jewel in the sport’s crown.

“The Póc Fada is unique because it’s the only All-Ireland final held outside of Croke Park,” the Pearse Óg clubman marvelled.

His passion for the sport, and the annual event, hasn’t wavered. There aren’t many, even in football circles, who can boast a love for their sport like the few hurling stalwarts in Louth. The likes of himself and Jim McGuinness, etc.

Though, there is one Louth hurling Gael who we're hardly like to see the likes of again, admits Callan. The Póc Fada was the brainchild of Faughart Parish Curate, Father Pól Mac Sheáin.

“Father Pól Mac Sheáin was into everything Irish. He set up Cumann Ógra Naomh Moninne in 1957 and then, the Póc Fada was his brainchild,” Callan, a former hurling student of Mac Sheáin’s, told the Dundalk Democrat.

“He was a man way ahead of his time. He set-up floodlit fields and took us away camping, all those things.

“We used to play on the Bainseach, there in Fatima. He chose to develop hurling at a time when football was very strong.

"Louth had won the All-Ireland in ’57, Roche won the senior championship in ’58 followed by the Clans in ’59.

“The De La Salle were flying at the time. Football was thriving, but he wanted to set-up and develop a hurling culture too.

“One day we were playing around on the Bainseach. We looked at the Cooley Mountains and one of the lads is supposed to have said ‘I wonder how long it would take us to póc from one point of the mountain to the other’.

“Father Mac Sheáin began thinking about Cúchulainn and his myth so he decided to hold a competition to see who’d have the best strike of the ball.

“We thought of it as an adventure so there were six of us who went and competed – Malachy Begley, Seán McEneaney, Damien Callan, Peter Myles, Jerome McDonagh and Peter Crilly.

“We just thought of it as an adventure because we had gone over Slieve Gullion and lots of different places with Father Pól. We had no idea what would become of it.

“We started on Annaverna and finished by the long woman’s grave at Aghameen. It wasn’t so much a contest, but I won and I suppose none of us knew the significance until we saw our picture on the front page of the Argus the following week,” Callan chuckled.

Father Mac Sheáin was also integral to the competition becoming an All-Ireland event too, according to Callan.

“Kilkenny and Waterford were the leading teams around that time (1960) and Father Mac Sheáin kept trying to get them to come to Dundalk to play an exhibition match.

“So, in the Spring of ’61, they came and played in Dowdallshill. This was massive for us locally because the like of the great Ollie Walsh was playing for Kilkenny at the time.

“He had a conversation with Father Pól afterwards. Father Pól pointed out the mountains to him and challenged Ollie to come and do it with us next year.

“Ollie agreed, but he came too late the next year, plus he arrived at the wrong side of the mountain. The competition was over by the time he came which was disappointing for us because, to us, Micheál Ó’Hehir used to make out that Ollie could póc the ball the length of Croke Park.

“Ollie came back and won it in ’62, shared it in ’63 and from then to ’69 the competition thrived. Cork men Dennis Murphy and Finbarr O’Neill (three years running) won it. It was great, but once Father Mac Sheáin was moved away it stopped.

“Some of the older men who helped him hadn’t the energy to continue organising it. We were young adults at the time finding our way outside hurling and nobody took it over until Father Mac Sheáin visited me in ’81 and said he wanted to revive the competition.

“So, we called a meeting in the Clans and there was a good attendance. Interest was high, we got it back and it’s been going ever since,” Callan quipped.

There have been several different winners, from a variety of different counties since its re-inception to the GAA calendar over three-decades ago. Ger Cunningham and Pat Hartigan were very popular, multiple winners of the prize. There are other famous hurling names who continue to present themselves, both for playing and administrative duty.

The numbers available to help may have decreased in recent years. Though, “the Póc Fada has great friends and the Cooley Mountains is its natural place,” added Callan, who doesn’t see this great competition ending any time soon.