It's the Wee County's first ever MFC quarter-final 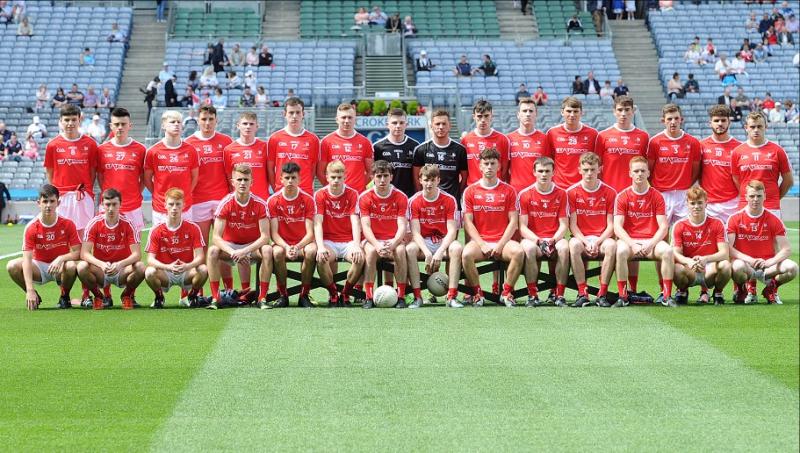 Louth minors face Kerry on Saturday looking for a place in the Electric Ireland All-Ireland MFC semi-final. The Kingdom are seeking a fourth consecutive title at this grade, though Louth are perhaps coming into the game with the most to gain.

It’s effectively a ‘free-shot’ for Wayne Kierans and his Wee County charges. As in most of their games this year, except for the Leinster final for some strange reason, little is expected from Louth with Kerry the almost unbackable favourite.

While acknowledging that reaching a Leinster final was the ‘holy grail’ in a sense, it would be unfair to say that Louth’s year has effectively been made following their Croke Park appearance, according to Kierans.

The O’Connell’s man says the reaction of his troops has been “very positive” since the defeat to Dublin with a return to club-duty a welcome refresher for some.

“A few of the lads went back to their clubs. That was their decision and I was totally fine with it because sometimes you need that release,” Kierans told the Dundalk Democrat.

“They were all back for our challenge game the weekend before last against Sligo. That went really well and it helped a lot of these lads get a disappointing final out of their systems.”

There is an evident sense of occasion any time you face Kerry, though with the surroundings somewhat more familiar to the Louth team, Kierans is banking on his team applying themselves more confidently in Portlaoise – a ground where they have already experienced a winning-feeling this term following victory over Laois in the Leinster opener.

Gauging just how much of an effect the surroundings of GAA HQ had on the Louth U18s is up for debate. Of course, it had some impact, though Dublin also had superior footballers which is effectively what the outcome of the game came down to.

The Dubs’ pace and power was far too much for the Reds to handle. Their physical conditioning and athleticism were in stark contrast to that of their beleaguered opponents on the day.

Kerry will be just as strong, if not stronger. Having blitzed all in sight en route to a fifth Munster crown in a row, with an average winning margin of 15 points, Louth’s task is an unenviable one.

Their forwards look highly skilled, but Kierans has paid particular dues to their defence. He calls them “highly tenacious”. There is a survivor from Keane’s 2016 class in that department as well with wing-back Michael Potts as lively an operator as they come.

The task looks a forlorn one for the men in red on Saturday. Toppling the Kingdom’s reign would certainly surpass the achievement of reaching a Leinster final. It looks a highly improbable outcome though.