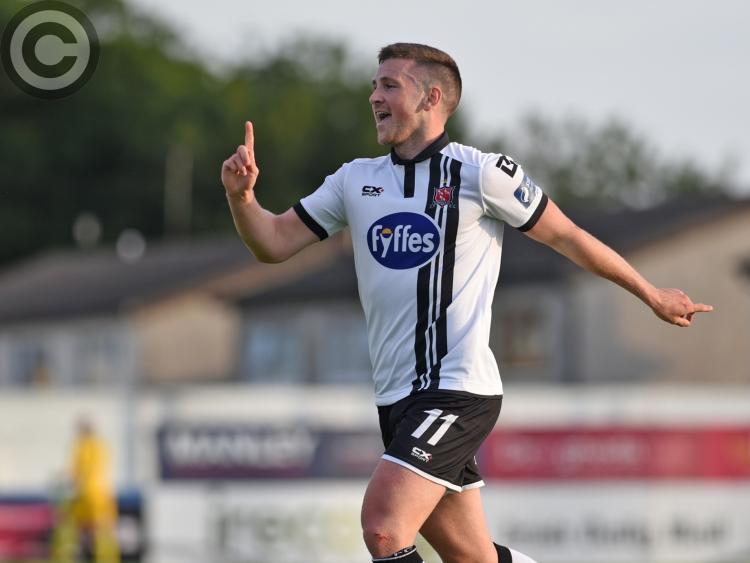 The Englishman – a former assistant of Sam Allardyce at Blackburn Rovers and West Ham United – hasn’t seen the upturn in consistency that he would have hoped for since taking charge on Shannonside.

His first game at the helm was the 3-0 defeat to Dundalk in May where David McMillan (2) and Seán Gannon were the goalscorers as Limerick never recovered from ‘keeper Brendan Clarke’s 19th minute sending-off.

McDonald has overseen three wins in his nine league encounters at the helm – a record which is hardly evidence of a dramatic upturn in fortunes. They are also on a five-game run without a league three-points.

Though, he can take heart from what he watched at the Showgrounds last Saturday night. Dundalk were blunt in that game with the creative spark offered by Patrick McEleney sorely missed.

The Foylesider – who has been strongly linked with an end of season move to England in recent days – was the difference between the sides when they last met at Oriel Park in March. His 30-yard bullet was the only goal in Dundalk’s victory.

In his absence, Michael Duffy’s role as creator-in-chief became more important and to an extent, the winger provided. He looked The Lilywhites’ liveliest threat having provided the assist for the also impressive Niclas Vemmelund’s goal.

Duffy looks to be growing in stature with each passing week and while he’s evidently not at the levels of his predecessor, Daryl Horgan, as yet, he looks to have the raw materials to be a top player at the club.

On the other hand, Vemmelund has been a model of consistency since the June break. He never put a foot out of line in Sligo, further illustrating how much of a loss he was in the defeat to Shamrock Rovers six-days earlier.

Worringly, though, Dundalk’s midfield looks vulnerable at present. Chris Shields is not playing at his accustomed levels while Robbie Benson left Sligo with a limp having struggled physically throughout the match.

It’s over a month since McMillan got his name on the scoresheet in a league match. That’s a record that he will be keen to put an end to, especially now that his competition for the number nine jersey, Ciarán Kilduff, has departed.

If McEleney plays and McMillan gets a break, Dundalk should win this game. However, on past evidence, Limerick will be no pushovers.