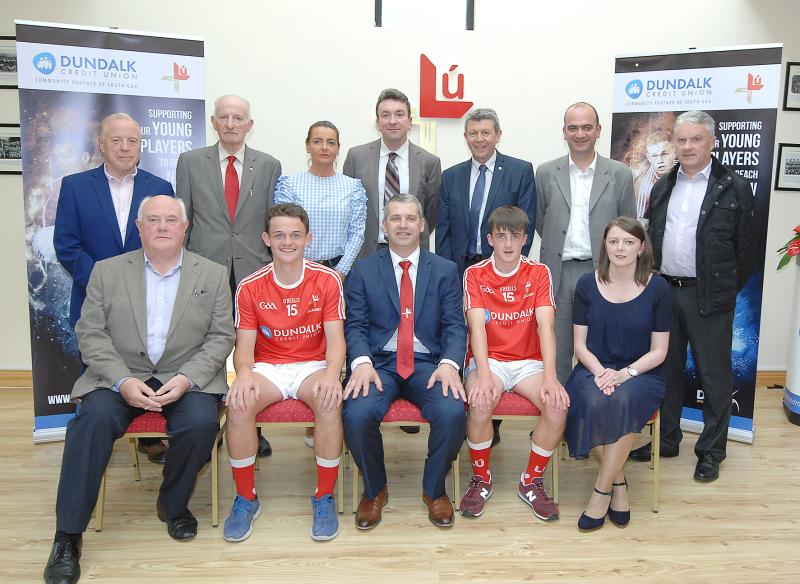 The deal, the first time the two bodies have linked up for such a project, will see the Credit Union provide significant funding for the Louth underage development squads in both football and hurling codes.

Simultaneously, the agreement supplements the scholarship programme between Louth GAA and the DkIT, which sees high performance GAA players avail of both an education and the top-class sports facilities at the college.

The arrangement between the Louth County Board and the DkIT will now continue into its fourth year.

Though the exact figure of the agreement between Louth GAA and Dundalk Credit Union is yet to be established, it is believed to be a significant sum which will go towards the continued development of up to 200 academy players over the coming three years.

Speaking at Thursday night’s launch, Louth County Board chairman Des Halpenny spoke of his pleasure at the announcing the partnership, describing it as “a good fit”.

“This is another good fit for Louth GAA and demonstrates the continued commitment of our organisations to the youth of the county and our communities.”

Also, speaking at the reception, Dundalk Credit Union CE0 Billy Doyle said: “Dundalk Credit Union is delighted to take on this role as community partner of Louth GAA and is committed to supporting young players, along with their parents and communities, from all areas of the county to deliver and perform to their full potential.

“We hope to provide meaningful support to the continued success of the Louth GAA development squads and scholarship programmes involving the DkIT.

“This deal will last for an initial period of three-years, but we’re all looking forward to a long and lasting partnership between ourselves, Louth GAA and DkIT.”

Mr. Doyle especially thanked Louth GAA’s Central Council delegate, Paddy McMahon, for his work in bringing the deal to fruition. He described the Sean O’Mahony’s clubman as “a central catalyst in the whole programme coming together."

“We asked ‘when you think of your local community, what organisations come in as the most important’.

“We found that the GAA, the Credit Union and the DkIT came in at the top so it made sense for us to come together because we believe we should be giving back to our local community and putting in a pillar for economic and community development.

“We, both the Credit Union and DkIT, want to be associated with Louth GAA for years to come,” Watters added.