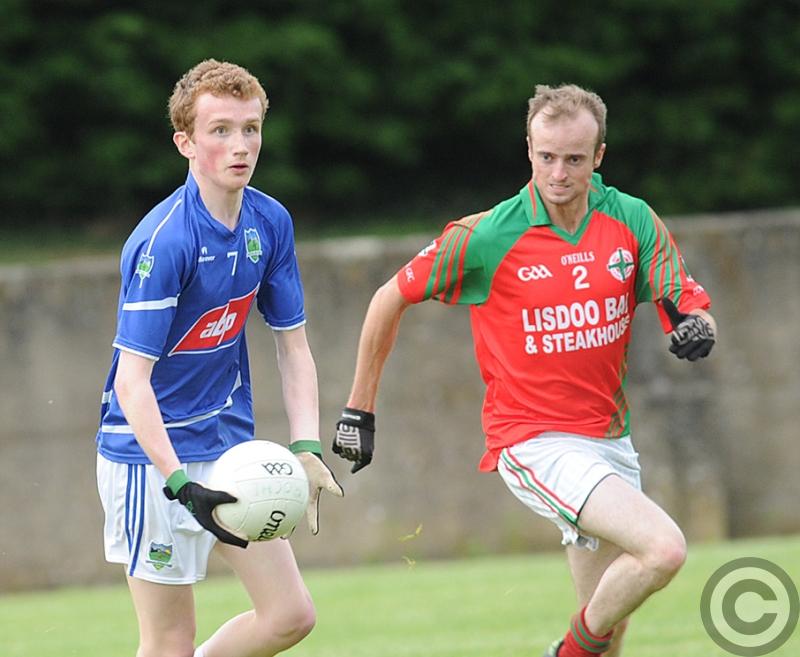 Roche ensured their progress to the quarter-final of the Junior Championship as Group Three winners in Louth Village on Thursday night. Barry Cullen’s men saw off Dowdallshill with leading marksman Barry O’Hare contributing 1-5 of their total.

The men from Rathduff never trailed at any stage having taken an early lead courtesy of a brace from Kevin Callaghan before a further minor from Callaghan preceded four consecutive points from the dead-eyed O’Hare.

Noel Finnegan (free) and Anthony Quinn has drawn the ‘Hill level at 0-2 apiece after 10 minutes, however, Roche went to the break comfortably ahead; 0-7 to 0-2.

Tempers threatened to boil over on several occasions with referee John Crawley having dished out two black cards to Dowdallshill’s Paul Flynn and Eamon Duffy either side of the break, while Roche's Conor Carthy received a red-card for a second bookable offence with time almost up.

Emmets had the game sewn up by that point with Conor Macken’s 35th minute goal breaking whatever resolve the ‘Hill men had. Roche midfielder Evin Quigley hit a late brace while O’Hare and substitute David McCrave traded late majors.

Roche move into the knockout phase as a result, while Dowdallshill and Lannléire meet next weekend to determine who joins them in the last eight.