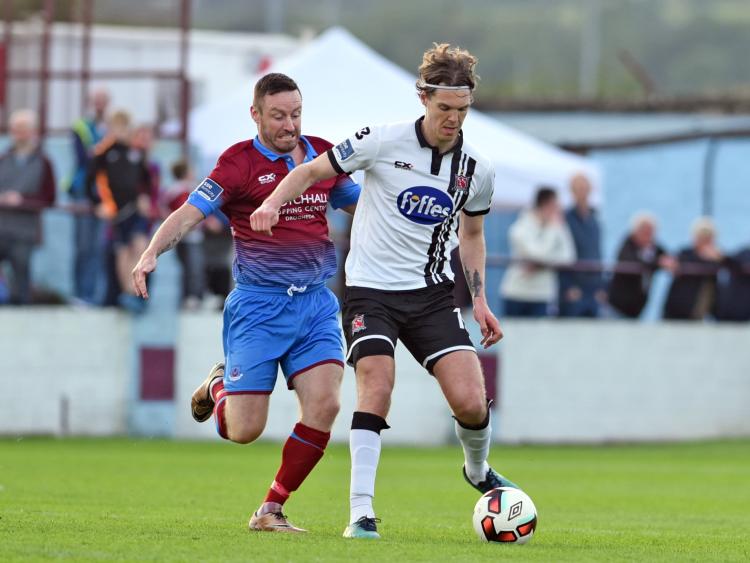 With former Arsenal, Wolfsburg and Juventus striker Nicklas Bendtner expected to line-up in Rosenborg’s centre-forward gap, Dundalk defender Niclas Vemmelund looks set to face off with one of the most famous footballers to come out of his homeland.

Bendtner may not be the worldwide sensation that his ego otherwise suggests, however, as Vemmelend puts it; “He’s a very famous person in Denmark.

“I had a few calls from journalists at home to discuss our game but of course it’s going to be nice to go back to Scandinavia to play the second leg and to play against some famous players like Nicklas, great players and famous players, so obviously there’s a lot of hype surrounding that,” Vemmelund said.

Disrespect seemed to follow Dundalk around their European crusade last season, with many opposition coaches having referred to their style of play as not being that of a ‘typical British’ outfit.

So, what does football in Scandinavia represent?

“Here it’s probably a bit more physical whereas in Scandinavia I would say they have more technically good players,” he explained.

“I have never played against Norwegian opposition but I would say Danish teams are a little better than the Norwegians. I heard that Rosenborg are quite an organised and compact team with some big, physically strong players like Bendtner.

“He will probably be the target for them. He’s not a quick player in terms of speed but he’s very strong and a great finisher so he’ll take managing.

“Derry struggled with their European game in Denmark in comparison to how they play and perform in the league here so it’s tough to predict how our game will go but I’d be confident we’ll perform at the same time.

“Rosenborg have won the title in Norway for the past two years so they’ll obviously be a very capable team, even as good as Midtjylland (who trounced Derry City 6-1 in the first leg in Denmark).

“We are looking forward to this at the same time. Last year, the club did really well so most of the players will have experience of playing in Europe. I had a little bit three or four years ago so this is not something new to me. We all know what we have to do,” Vemmelund added.