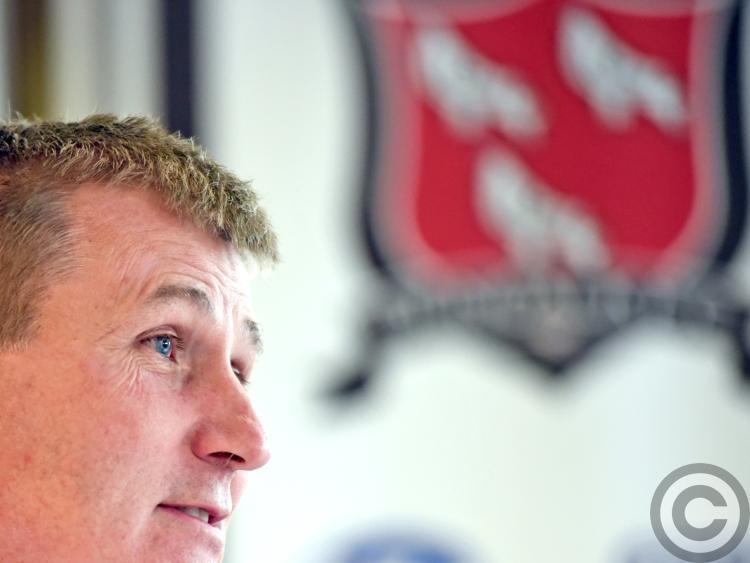 “This Dundalk team are the most successful team in Irish history so everybody in the town should really connect with that,” Kenny told the Dundalk Democrat.

“Everyone who lives, or who was born and lived in Dundalk should identify that this team have won and played in really big European matches as well as winning the three league titles.

“We have played against many big teams in Europe whether it be Hajduk Split, BATE Borisov, Zenit St. Petersburg, Legia Warsaw, Maccabi Tel-Aviv, all these great clubs and we have never been caught cold so certainly we’re taking confidence from that.

“Rosenborg are the model club for us. They have gotten everything that you need to be a successful team in European competition.

“Though, from our point of view, we need to rise above that, put in the performance of our lives and create new dreams.

“The thing for us is to inspire, for our players, for my players, to inspire a new generation of young people in Dundalk and for the people of Dundalk to be very proud of the team.

“That’s what we want to do. We want people to be inspired by what we’re doing and to try and secure another famous European victory,” Kenny said.

The Norwegians are a side that Kenny faced during his stint as Bohemians manager in the early-noughties and he admits they’re much the same proposition now as they were then in terms of how they set-up.

“They’re a very experienced team, they don’t have any young players. The majority of their team are between the ages of 25-31 so they’re all experienced and as a team they’re physically very strong,” he revealed.

“They play 4-3-3, they have a system that’s engrained in Rosenborg tradition and whichever manager takes over has to conform to the system. That’s the ethos of the club and it was the same when I was managing Bohemians.

“They are the double double winners in Norway for each of the past two seasons and nearly every player they have has been capped at some stage by either Norway or Denmark.

“Even though only two or three of their players are in the Norwegian squad at the moment, they were still capable of reaching the group stages of the Europa League two seasons ago.

“They beat the Swedish champions, IFK Norrkoping, in the Champions League last year before being knockout by Austria Vienna in the Europa League playoff so it’s fanciful for us to call this tie 50/50.

“Without doubt, Rosenborg are the overwhelming favourites. You have to look at the resources and the realities. There is no comparison between the clubs in terms of wages, etc.

“If we lose, we’re out and that’s the harsh reality of it. We’re very unlucky not to be seeded and it means we have to face a major club in Europe and Rosenborg are certainly that.

“But we believe we can overcome all of these barriers and hurdles and that’s what we must strive to do tomorrow night,” Kenny added.