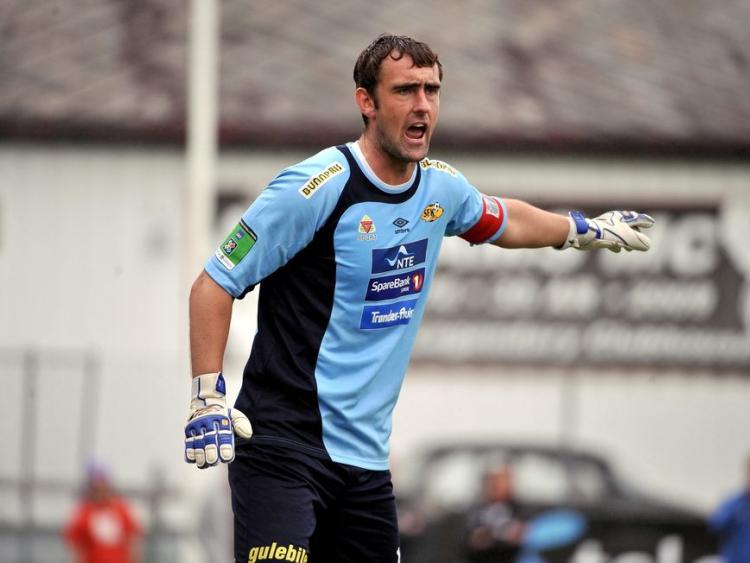 “I went over for a week and never came back…”

For Irish footballers; making the grade in England is the holy grail. The wages, bright lights, celebrity exposure and all that goes with plying your professional trade in English football is hyped to unremitting levels – ‘the beautiful game’, ‘the best league in the world’, ‘the home of football’, etc.

Dublin-native Gary Hogan has tasted the soccer scene in England. He has also sampled the footballing scenes in America and Ireland. However, Norway is now the place he calls home and he has done for the past nine-years.

A goalkeeper, Hogan had a spell in the League of Ireland with the now defunct Dublin City before moving to England in the mid-noughties, signing a dual-registration contract with Premier League Fulham and non-league Sutton United.

He spent two-years “paddling about in England”, training with Fulham under Chris Coleman but playing games in the fifth-tier.

Ultimately, the obscurity and insecurity of life in the English lower leagues saw him pursue a day-job in Dublin, which led to him flying over and back to Sutton for weekend games.

However, a phone call from his agent and a chat with his now close-friend Stuart Gibson saw Hogan uproot himself to Norway to play football. A move which has ultimately given him the secure, professional lifestyle which England wouldn’t have.

It has also given him a quirky claim to fame in that he was manager of Stjordals-Blink when they knocked Ole Gunnar Solskjaer’s Molde out of the 2016 Norwegian Cup.

Not bad achievements considering Hogan considered his shot at a professional career in football was over when he missed out on a contract with Portsmouth after rupturing his cruciate knee ligaments in a behind closed door friendly match with Drogheda – a match he “wasn’t supposed to be playing in.

In fact, Norway has been so good to him that he doesn’t see himself coming home to Ireland any time soon.
“It’s funny how it all happened,” Hogan told the Dundalk Democrat.

“I was in the process of joining Torquay for the following season (March 2007) and I had an agent helping me as per usual to tie up the loose ends with the club and then randomly I got a call at home in Dublin one afternoon.

“I picked up the phone and it was my agent, so I was just expecting it to be about Torquay. But he said that he had been contacted by an English coach who was working in Norway and he wanted to know if I’d be interested in going to play there.

“So, I went over and spoke to Stuart Gibson – the coach – who is from the English midlands and also a man who I’m still very close with to this day. He had enjoyed a playing career in Sweden so it didn’t take him long to sell me the idea and I never looked back really.

“I know when you’re an Irish guy, you see getting to England as being the be all and end all. But most of the time you just end up banging around in the lower leagues, whereas if you do well over here you’re set for life.

“Dundalk are playing Rosenborg now and coming from somebody who has played in both countries, there are no comparisons between the overall package on offer for a player in Norway and Ireland. Norway are way ahead.

“I remember training with Shamrock Rovers for a short time under Roddy Collins out at the AUL complex. We trained on crap pitches and eat awful food after training, whereas in the top four leagues in Norway everything is taken care of for you.

“That’s how professional it is and, while I miss home, I love it here and I don’t see myself leaving Norway any time soon,” he added.

Despite spending much of his career in the Norwegian lower leagues, a level where you can still earn a comfortable living, Hogan has experience of facing Rosenborg. After a short spell of reflection, Hogan gave detail of just how revered the Trondheim club are in their native lands.

“For everyone in Norway, they are massive and way ahead of every other team in terms of finances, infrastructure and a fan base. They average around 15,000 at every home game, whereas the league’s average is probably only 6,000-7,000.

“The first time I played against them was in 2010, in the Cup, when I was with Steinkjer. It was 0-0 at half-time and we were thinking everything was going alright until they brought on Stefan Iversen and Anthony Annan – who they would soon sell to Schalke 04. That seemed to break us as they went on to win 4-0.

“That would be typical Rosenborg in Norway. Their run in the 1990s in the Champions League really set them up because they have the finances that no other club has which allows them to bring in players which no other club can.

“And then there is their fan base, it’s massive. I remember having a conversation with my Dad and we agreed that football in Norway is a bit like GAA in Ireland where you support the team in your region. You don’t support a team from another area.

“Even in the third and fourth divisions, you can get crowds of about 1,200 people which is totally incomparable to Ireland. I remember my parents where over at one of the games I played in the lower leagues and they couldn’t believe the crowd at the games.

“One of the main reasons why Rosenborg are so big is because they have Trondheim, one of the biggest cities in Norway, all to themselves so everyone in both North and South Trondheim support them. They’re all Rosenborg fanatics in the north of the country really.

“Dad found it hard to believe how well supported football is here. He lives in Bray and he was saying that you’d barely know a football club existed there because the games aren’t advertised anywhere.

“Whereas here people are fanatical and you are always guaranteed a decent crowd no matter what level you’re playing at. I suppose that’s what I love about Norway.”

While Hogan never played against Dundalk during his stint in the League of Ireland, he did play on Oriel Park’s infamous artificial surface when representing the DDSL. It’s a surface which The Lilywhites have often used to their advantage against visiting teams, however, Hogan doesn’t feel it will be an advantage to them against the Norwegians.

“Rosenborg play on artificial surfaces in most of their away matches. Their own pitch is grass but they have an astro turf pitch beside their ground which allows them to prepare for away matches so this will have no great bearing or advantage for Dundalk.

“Probably the best thing Dundalk can hope for is that Rosenborg take them lightly because they haven’t been mentioned that much up here because people seem to think that in the early rounds, Rosenborg should have easy games.

“But, if Dundalk win there will be murder, that’s for sure because by their standards, Rosenborg are having a bad season and they’re still top of the league which shows how far they’re ahead of everyone else in Norway.

“The current Rosenborg manager - Kare Ingebrigtsen – was sort of seen as a stop gap appointment after their previous manager had been sacked after Rosenborg lost to Sligo Rovers a couple of years ago.

“Nobody was banking on him winning everything in sight since, but there is certainly pressure on him because Rosenborg expect to win all the time.

“There is also a bit of aggro between Ingebrigsten and the media because they keep asking about Bendtner. His move was a strange one because he doesn’t really fit into Rosenborg’s 4-3-3 system and he hasn’t been playing that well.

“It’s as simple as this, there will be war up here if Dundalk knock Rosenborg out,” Hogan stressed.