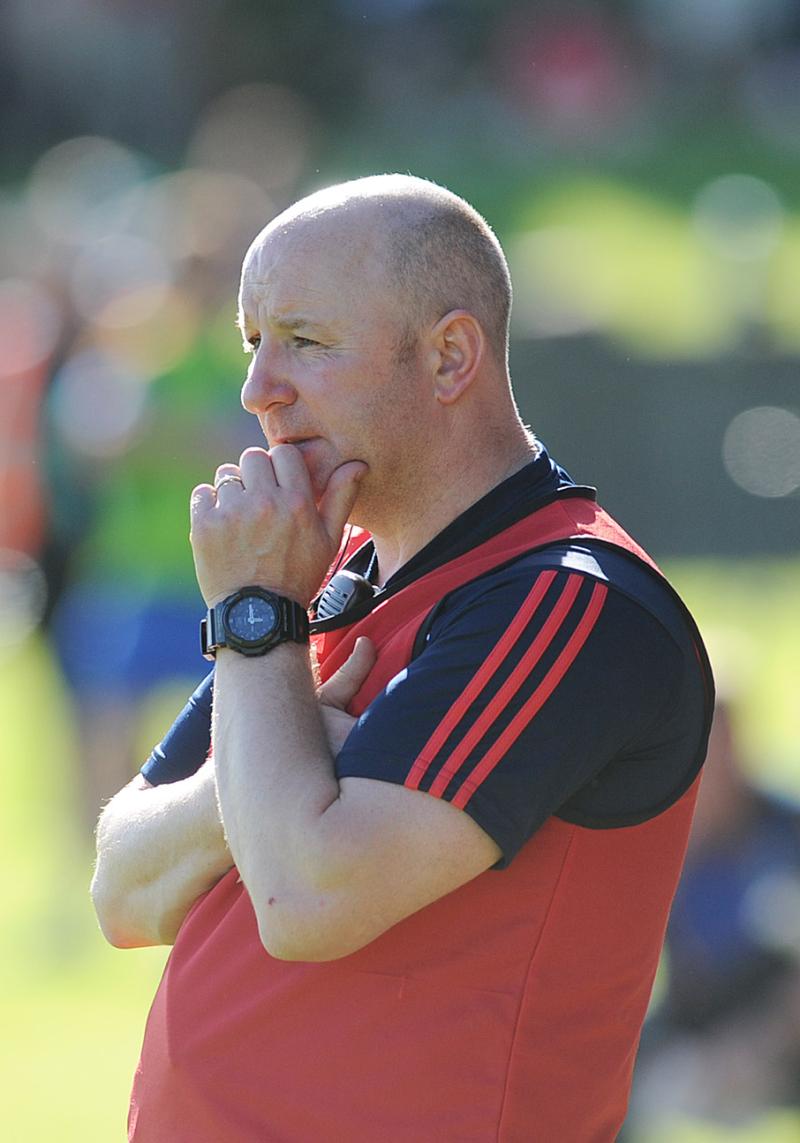 In the accompanying win percentage table, showing the figures for the eleven most recent county team managers, Kelly lies sixth, the same as Paul Kenny. This, however, is not really comparing like with like. 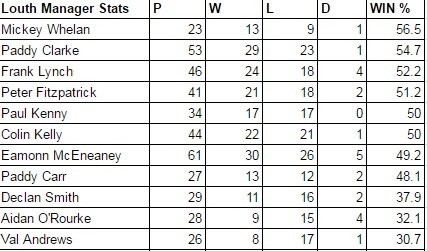 For instance, a couple of the 17 wins masterminded by Kenny were in matches against Dublin. Two more came against Mayo, while there were also wins against Galway and Monaghan, the victory against the Farneymen qualifying Louth for promotion to Division One, which, unfortunately, failed to materialise due to the league being restructured.

Dublin were All-Ireland champions in 1995, Kenny's first year in charge, and Mayo were finalists in the following two years.

Most of Colin Kelly's wins came in the league, followed by the O'Byrne Cup. The yield from the championship was as poor as it has ever been over any three-year period since the introduction of the All-Ireland qualifiers in 2001 and included a couple of unwanted record-breakers.

Kelly's opening league campaign, while having a couple of encouraging wins early on, ended with the county making a first-ever visit to Division Four. When this was followed by a championship that produced just one win and one particularly shocking reverse, doubts about life in the league's bottom tier lasting no more than one term began to emerge.

But keeping company with teams that had only been encountered off and on in previous years, the likes of Waterford, Carlow and Wicklow, Louth gathered enough points to win promotion. A bonus was the defeat of Antrim in the Croke Park final.

The 2016 championship was another that had only one win, and, again the forthcoming points competition, this year's, was viewed with apprehension. Armagh and Tipperary, in particular, will have too much too offer, and Laois are too good to be in Division Three, many opined.

Before the league left the traps, the O'Byrne Cup was decided, and by reaching the final of the subsidiary competition, scoring four wins, the one over Meath by far the better of them, Louth eased league worries. And then it began to happen, the winning sequence of the previous year gathering further momentum, and, it must be added, in much better company.

There were eight points on the board before Armagh handed out a drubbing in Drogheda, but that was quickly forgotten. Returning to the scene of a 23-point championship defeat less than two years earlier, Kelly's crew turned in arguably their best performance since coming under their Drogheda-born manager's care, beating last year's All-Ireland semi-finalists, Tipperary, in their own backyard.

Victory guaranteed promotion for the second year running but wouldn't prove itself a forerunner for an improvement in championship fortunes. The summer schedule was as short as the two that went before it, lowly Wicklow joining Leitrim and Carlow in the list of vanquished.

However, while the red jerseys have been put away, not to be worn until the beginning of next year, 2017 was as good as could have been expected, and maybe even better.

Promotion was a significant achievement, the highlight of manager Kelly's tenure. However, the former county sharpshooter leaves his successor with a daunting task. It's going to be very difficult in Division Two. The panel as it's presently constituted wouldn't be strong enough, and in the light of what happened in Sunday's junior final the county's lower grades are unlikely to provide much, if anything, to strengthen it.

As for the championship: using the county's recent-year record as a yardstick, even going back beyond Colin Kelly's term, winning more than one match would be an achievement.