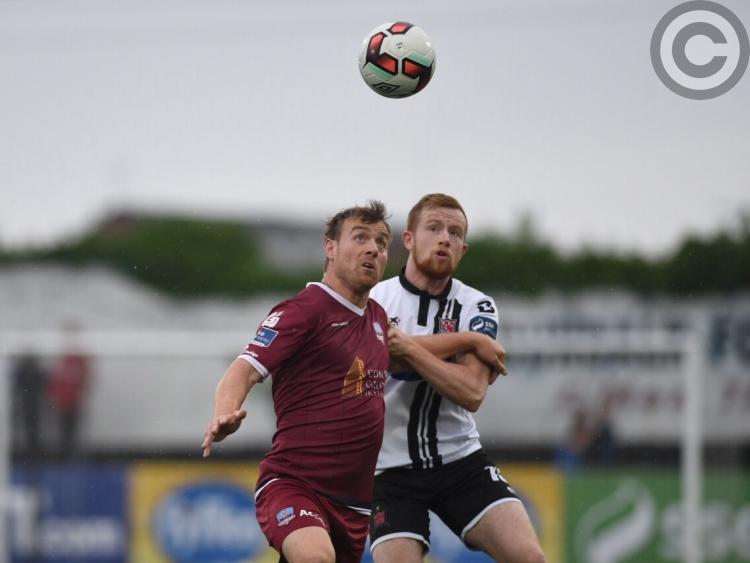 It took the minimum effort from the hosts to secure the victory in the end as Galway looked to be trialing a containment effort from a very early stage.

The main down sight from Stephen Kenny's point of view will be his team's inability to finish the game off earlier with Dane Massey's 15th minute goal all that separated the sides for almost an hour of a game which was effectively a one-horse race.

Patrick McEleney's seventh goal of the season saw Dundalk deservedly double their advantage 18 minutes into the second-half. It was all their play merited to say the least as the Lilywhites comfortably negotiated the final period to secure a third consecutive three-points.

Kenny had asked for an improved atmosphere around the ground before kick-off. His principal reasoning being the amount of goals his side have gotten in recent weeks and Massey enhanced their tally to 11 majors in three games. The left-back was afforded the freedom of the six-yard box to attack Michael Duffy's corner-kick and nod powerfully past the static Conor Winn.

'15: @DundalkFC 1-0 @GalwayUnitedFC. Dane Massey with a bullet header past Conor Winn. Michael Duffy with the assist from a corner.

Thereafter, the game settled into somewhat of a lull with Dundalk in complete control. Robbie Benson, who shot wide shortly after the opener, and McEleney dictated proceedings against a Galway side who showed next to no attacking intent.

Duffy was lively, as was Jamie McGrath, but there was a lack of end product in the final-third. Seán Hoare had a half-chance to extend the lead in the lead up to the break. However, his acrobatic attempt from Chris Shields' front post flick on sailed off target.

At the end of a pretty damp opening 45 minutes, the Lilywhites led 1-0 having totally dominated affairs. On the other hand, Galway never tested Gary Rogers once...

Shane Keegan's men showed a brief glimmer of life early in the second-period, however, it didn't take them long to settle back into their ultra-defensive mindset as Dundalk took control once more.

Paddy Barrett missed a glorious chance from a close-range header and McMillan ought to have doubled the lead subsequently, having drawn a decent save from Winn, before McEleney capitalised on poor defending from Alex Byrne to shoot low past the custodian, making it 2-0 and game over despite 27 minutes still to be played.

The final half-hour or so was fairly uneventful with Galway continuing their policy of containment despite trailing, and eventually losing, by a two-goal margin.