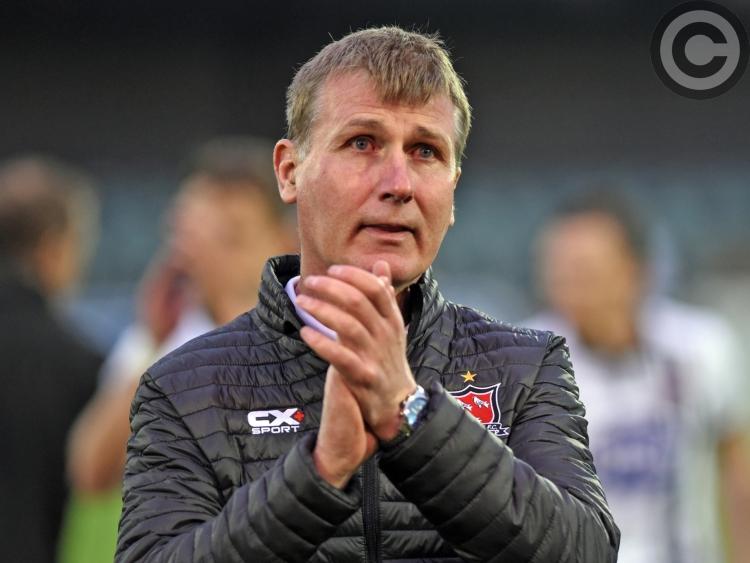 Stephen Kenny has asked supporters to show that Dundalk aren't a small club by coming out in their droves for tonight's league game with Galway United at Oriel Park.

A crowd of just over 2,000 watched the Lilywhites trounce Finn Harps 4-0 on Friday night and speaking afterwards Kenny issued a rallying call.

"We have to aspire to get bigger attendances than we did tonight," he said.

"Are we a small provincial club in comparison to some of the other clubs?

"We're second in the table and that's a good season by any club' standards.

"We showed we're no small club by filling Tallaght for games last year and also by our ability to bring over 1,000 to United Park last week, which was magnificent.

"Our travelling, away support is amazing and really passionate and dedicated.

"But, we deserve to play in front of bigger numbers at home and the concern on Monday is that the attendance could be quite small because it's a midweek game and all that.

"We have to make sure we have a passionate home ground. We miss the big Shedside Army because it seems to have cut down in numbers.

"The 0-0 draw with Derry here a few weeks back, it was sort of dead for the first-half and it's difficult to play in that environment. We have always had a passionate Shed and that has been important to our success here.

"I can't force, or it's not my job to force people to shout by we have scored a lot of goals recently so people should have something to shout about," Kenny added.