Dundalk stroll past Drogheda on Boyneside 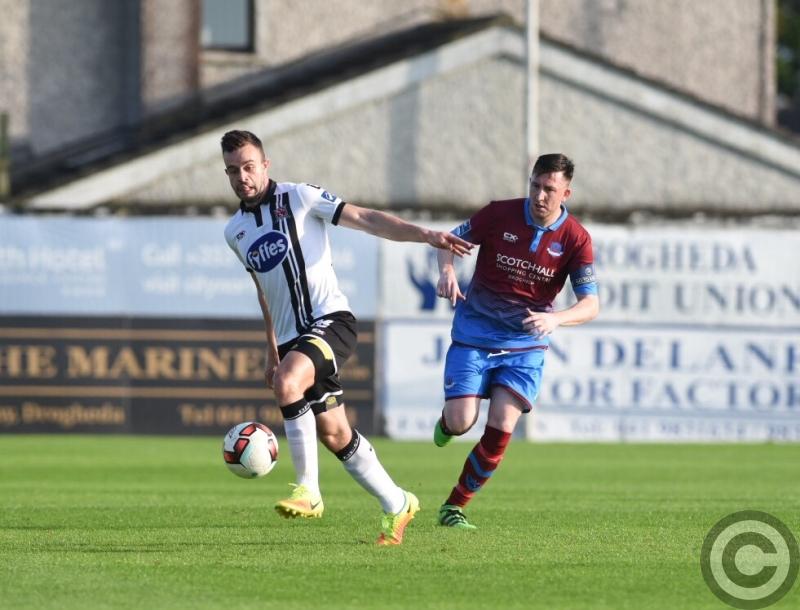 A strong finish to the first-half helped Dundalk to an emphatic 6-0 victory in tonight's Louth derby match at United Park.

Two goals from David McMillan and a stunning strike by Patrick McEleney saw the Lilywhites turn a poor first-half performance into a 3-0 half-time advantage, with the goals coming over an eight-minute spell just prior to the interval.

Although, the main talking point of the opening 45 minutes came when referee Derek Tomney dismissed Drogheda winger Thomas Byrne for a foul on McEleney just past the half-hour mark.

Michael Duffy got Dundalk's fourth goal of the night 14 minutes into the second-half, hammering a headed pass from Thomas Stewart past Stephen McGuinness.

The champions dominated the second-half in truth and had they been more clinical; it's no exaggeration that they could have doubled their finishing tally with McMillan, Seán Gannon, Robbie Benson and Dane Massey all missing glorious opportunities before the finish.

However, a 60-second brace from substitute Ciaran Kilduff ensured the Lilywhites completed a rout in the closing minutes.