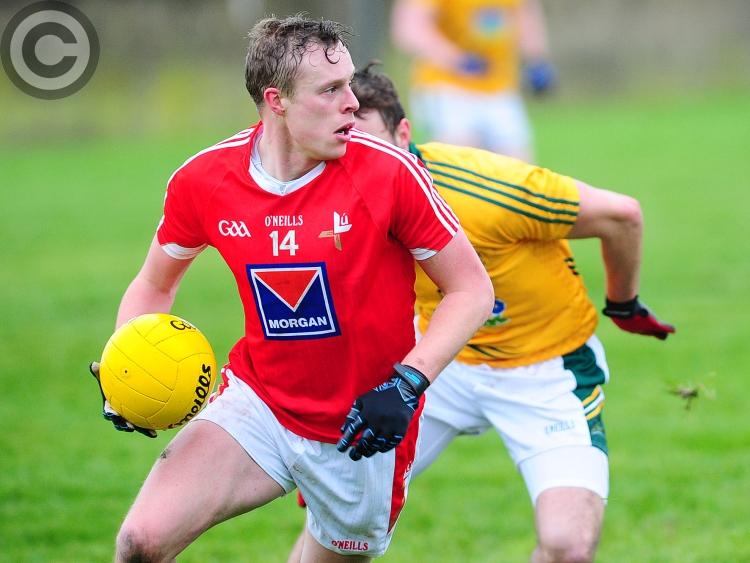 Louth's 42 year wait for a championship victory over Meath goes on. This following this afternoon's nine-point defeat at Parnell Park.

The Reds can take pride from their performance though, as they more than played their part in an enthralling contest which saw as many as 2-25 registered from play across the 70 minutes.

Jim McEneaney opened the scoring for the Wee County with a fine point inside two-minutes, but Meath were to take control of the half thereafter with eight of the next 12 points going the Royals way prior to Kevin Carr's 27th minute black-card.

Referee Barry Cassidy was guilty of some strange decisions throughout the match, none more so than on the stroke of half-hour when, after some delay, he awarded Louth a penalty after Eoin O'Connor had been pushed to the ground by Conor McGill as the Louth full-forward attempted to challenge Paddy O'Rourke, Meath's custodian.

McGill was awarded a black card for his troubles while McEneaney drove the penalty to the net, leaving the minimum between the teams at the turnaround - 0-10 1-6 in Meath's favour.

The Royals opened the second-half scoring before Ronan Holdcroft struck for Louth's second major in startling circumstances. Having found himself in space 20 yards from goal, Holdcroft shot a low shot which O'Rourke, who appeared somewhat distracted, watched nestle in the back of his net.

That put Louth in front for only the second time in the match. Meath moved up a gear after that, hitting nine-points before Conal McKeever stole in along the endline prior to striking the Wee County's third goal.

Momentarily, the gap was back to two, but Meath pushed clear once more with Graham Reilly, a scorer of 0-7 from play, integral to his team's stunning surge.