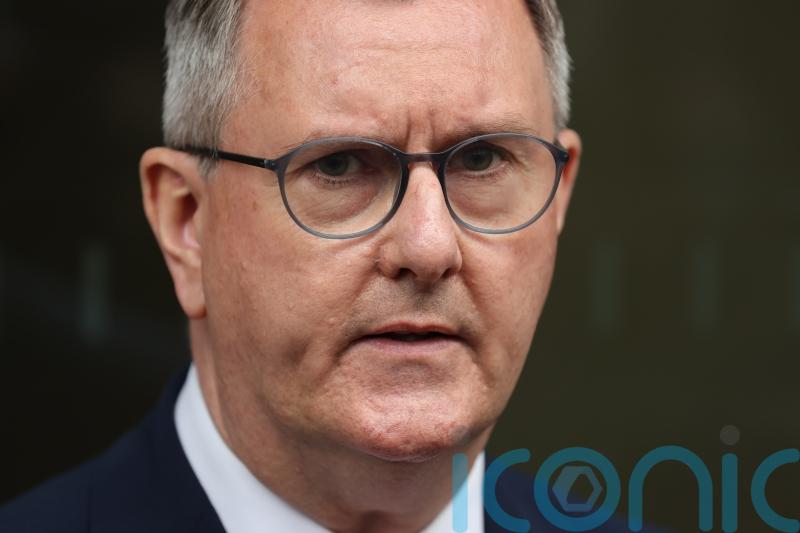 The DUP will decide on Friday whether to nominate a Speaker for the Stormont Assembly, party leader Sir Jeffrey Donaldson has said.

The Northern Ireland Assembly is due to have its first sitting on Friday following an historic election result which saw Sinn Fein become the first nationalist or republican party to top the poll.

The DUP said it will not nominate ministers until the UK Government acts over issues with the Northern Ireland Protocol.

And if the party decides to block the election of a Speaker it will essentially prevent the Assembly from carrying out any business.

Speaking at the Balmoral Show in Lisburn, Co Antrim, Sir Jeffrey said his team of MLAs will attend Stormont on Friday to sign the roll.

“We are committed to making the political institutions work but we’re also clear that we need to see decisive action by the Government,” he said.

Asked whether his party will nominate a speaker, he said: “Our Assembly group will meet and come to final decisions on all of this tomorrow morning.

“The Assembly meets tomorrow morning and parliamentary protocol determines that the first people to know are the people who actually sit in an Assembly, therefore we will make our position clear on this.

“We recognise that these issues need to be dealt with. As a party we have been decisive, we have made our position clear and will continue to do so.” 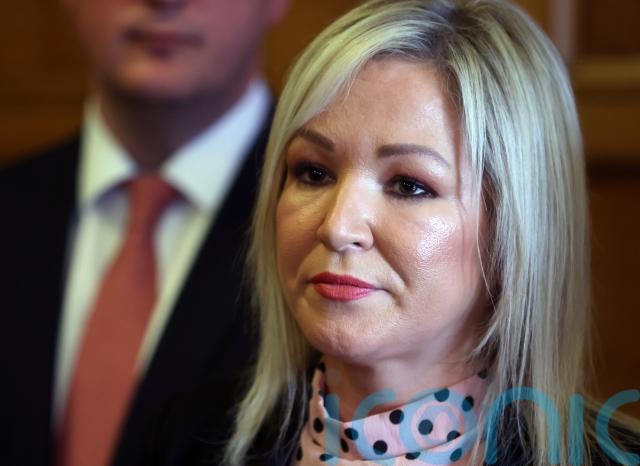 Ms O’Neill said there is no reason for a new Stormont speaker and Executive not to be formed on Friday.

“There is no reason for that not to happen and it is not acceptable or not good enough that the DUP won’t turn up or won’t nominate for the position of Speaker or the title of First or deputy First Ministers.

“The public here that I’ve been speaking to today want an Executive, want an Assembly. They want it working for them, they want money in their pockets to deal with the cost-of-living crisis and we can do all of that whilst trying to make the smooth implementation of the protocol.

“We will not be held to ransom by the Tory government, their internal fights between their own members. We are all being held to ransom here and that is not acceptable.”

She added: “I think it is incredulous that the DUP would even consider not nominating tomorrow.

“We want to be there tomorrow; we will be in a position to nominate tomorrow.

“It is only the DUP who are not going to do that.

“I don’t think that is acceptable when they have just been before the electorate and the people have voted to have politics working for them.” 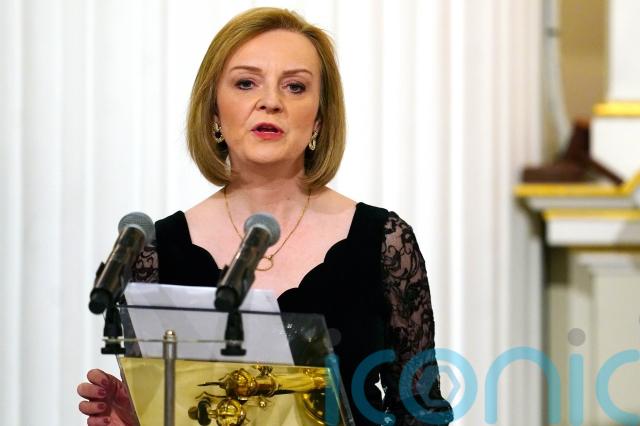 Foreign Secretary Liz Truss has warned the EU that if it does not show the “requisite flexibility” over the protocol the UK will have “no choice but to act” alone.

Following a call with European Commission vice-president Maros Sefcovic, a Foreign Office spokesman said Ms Truss made it clear that the UK’s “overriding priority” is to protect peace and stability in Northern Ireland.

She told Mr Sefcovic the protocol has become “the greatest obstacle” to forming a new Northern Ireland Executive.

Attorney general Suella Braverman is said to have approved the scrapping of swathes of the agreement, giving Prime Minister Boris Johnson legal cover to make the move, despite warnings from US President Joe Biden and European leaders not to single-handedly meddle with the terms.

On Wednesday, Mr Johnson said the Good Friday Agreement is more important than the protocol as he dismissed suggestions of any possible escalatory response from the European Union as “crazy”.

Alliance MLA Paula Bradshaw said: “The DUP’s latest reprehensible power-play, designed to cover up its own failings during the Brexit negotiations as well as for the sake of personal expediency in the case of its leader, is putting thousands of our most vulnerable people at risk.

“The health service cannot be fixed without an Executive in place, taking steps to create a budget and manage work across all departments which will restore truly universal public health provision.”