WEATHER: Unsettled conditions ahead as we say goodbye to 2021 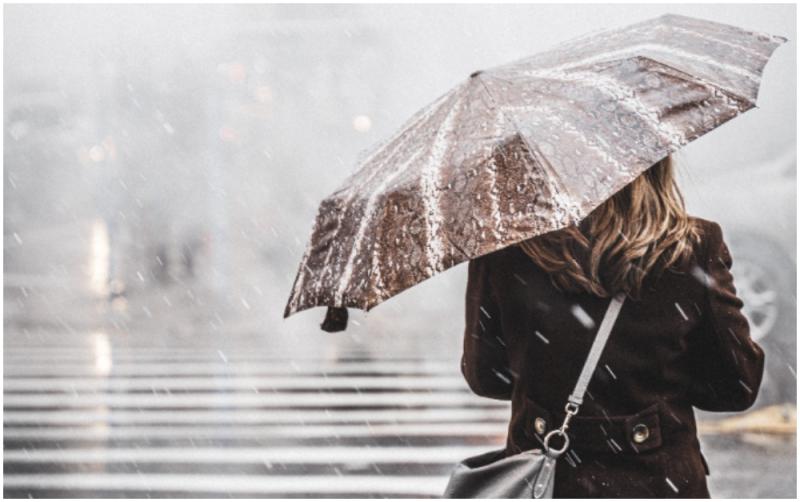 WEATHER: Unsettled conditions ahead as we say goodbye to 2021

Met Éireann is predicting wet and windy conditions over the coming days as we edge closer to the New Year.

National outlook is expected to be unsettled with frequent spells of rain, turning heavy at times. Breezy conditions also and becoming very mild for the time of year too.

Today will be largely dry and bright with sunny spells and just isolated patches of light rain and drizzle. However, it will turn cloudier over Munster through the afternoon before rain pushes into the southwest this evening. Highest temperatures of 6 to 10 degrees in light variable winds.

Tonight will become wet and blustery as rain in the southwest extends to all areas, turning heavy at times with the risk of localised flooding. Southeasterly winds will increase moderate to fresh, before veering southwest and increasing strong and gusty in the west and south later.

Lowest temperatures of 2 to 7 degrees, coldest in Ulster early in the night. Rain will become patchier in Munster and south Leinster by morning.

Tomorrow, Wednesday 29, will see a wet and windy start with rain over the northern half of the country clearing northeastwards through the morning. Becoming drier in the afternoon with sunny spells developing.

Fresh to strong westerly winds will ease later in the afternoon. Patchy outbreaks of rain will push into the south again tomorrow evening. Very mild for the time of year with highest temperatures of 10 to 14 degrees.

After a largely cool & settled day on Monday it will turn unsettled & mild for the rest of the coming week with spells of rain. ☔️

Wednesday night will be mostly cloudy with isolated patches of light rain or drizzle. Staying mild with temperatures not falling below 8 to 12 degrees, in light to moderate southwest winds.

Thursday will be mostly dry to start, but rain will push up from the south across the country with some heavy falls bringing risks of localised flooding. Highest afternoon temperatures of 11 to 14 degrees in light to moderate southerly breezes freshening in the south later.

Thursday night will be breezy at first with fresh and gusty south to southwest winds. There will be widespread rain early in the night but drier and clearer conditions will gradually spread from the south and winds will ease mostly light too. Temperatures not falling below 7 to 11 degrees.

Friday, New Year's Eve, will see a mostly cloudy start with patchy outbreaks of rain in the west during the morning. These becoming more widespread by afternoon. Very mild with highest temperatures of 12 to 14 degrees, while moderate southerly winds will freshen later in the evening.

Saturday, New Year's Day, will start dry in the east, but wet and blustery conditions in the west will spread across the country with the rain becoming heavy at times in the southeast.

A clearance to showers and some sunny spells will follow from the west during the afternoon. Another very mild day for the time of year with highest afternoon temperatures of 13 to 15 degrees as fresh southerly winds gradually moderate.

Sunday looks to be a drier and brighter day overall, though a little cooler. However, it will be short lived as early next week looks to become unsettled and quite mild for the time of year once again.