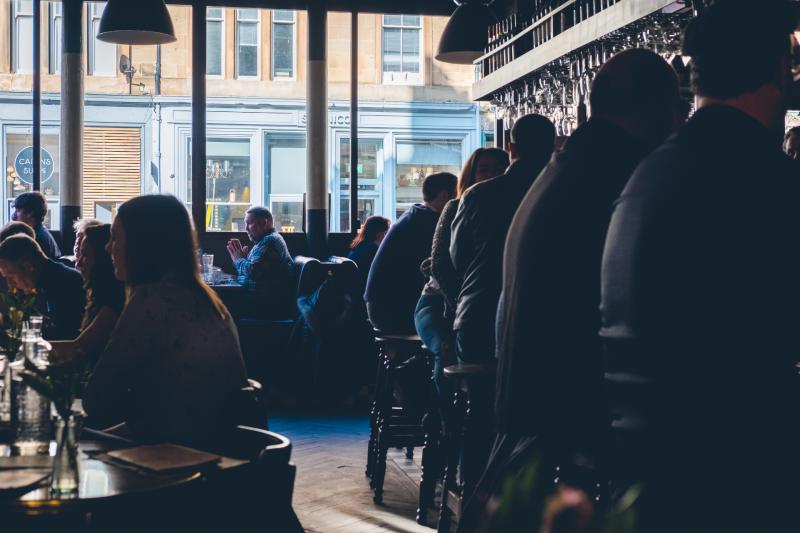 Surveys as well as relevant Covid-19 data will be shared with stakeholders at today's meeting.

Government officials are set to hold a meeting with industry bosses from the hospitality sector today to discuss the level of compliance with current guidelines.

Surveys from the Economic and Social Research Institute (ESRI) revealed last week that the number of people who haven't had their Covid certs checked in pubs has risen from 21 per cent to 37 per cent.

These surveys as well as relevant Covid-19 data will be shared with stakeholders at today's meeting.

Adrian Cummins, Chief Executive of the Restaurants Association of Ireland (RAI) has said the hospitality sector should not be used as a "scapegoat" for the rising case numbers and that the National Public Health Emergency Team should be attending today's meeting, stating that the health experts have not been present at any meetings with the hospitality industry throughout the whole pandemic.

Speaking to RTÉ's Radio 1 he said:

“We’ve asked for them to be in the room so we could speak directly to them. Now, we did have officials from the Department of Health when the Covid pass was developed but ever since we have never had a direct conversation with either health officials or NPHET."

Taoiseach Micheál Martin will not be attending today's meeting but said the "bottom line" is there needs to be maximum compliance with the existing guidance in place.

Meanwhile, Minister for Public Expenditure and Reform Michael McGrath has said businesses in the industry who do not comply with rules "do not deserve to remain open" and those who are non-compliant with the rules are "putting the public at risk".

The meeting, which is due to take place later today, is also expected to hear there will be no further introduction of restrictions, considering the level of vaccination of the general population was above 92%.