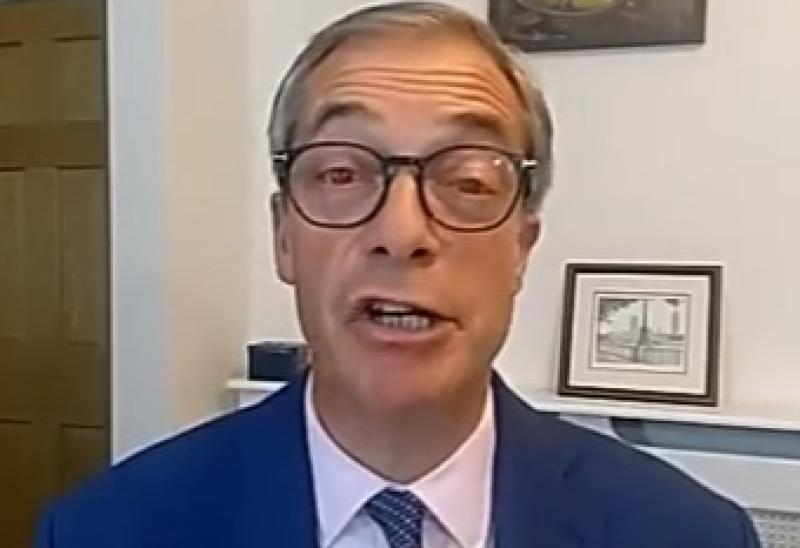 In a development that echoes Moe falling for one of Bart Simpson's prank calls in The Simpsons, English politician Nigel Farage has fallen for another trick on the site known as Cameo.

Last week, the controversial Brexit proponent and former UKIP leader was tricked into saying the IRA slogan "Up the Ra" as part of a personalised birthday request on the popular site.

The subsequent video went viral, with many users mocking his apparent lack of knowledge about Irish history.

In this new video, which has similarly gone viral, Mr Farage was asked to wish someone named "Gerard Adams" a happy 71st birthday.

Speaking to camera, he wished a belated birthday on behalf of "Some of the old team at Tiochfaidh Ár Lá's in Brighton."

He added that he "knows the full story", adding: "you were the team leader there for many years."

The video has since been uploaded to Twitter, where the 57-year-old's blunder has once more become the butt of many jokes in the comments section.

Farage has been caught again wishing Gerry Adams a happy birthday and a Tiocfaidh ar la from Brighton pic.twitter.com/YmyTcKdFav

In it, Ms Byrne brought up the viral "Up the Ra" video and also told him: "Don’t try and lecture the Irish people about the history, culture and precarious nature of peace on this island; you haven’t got a clue."