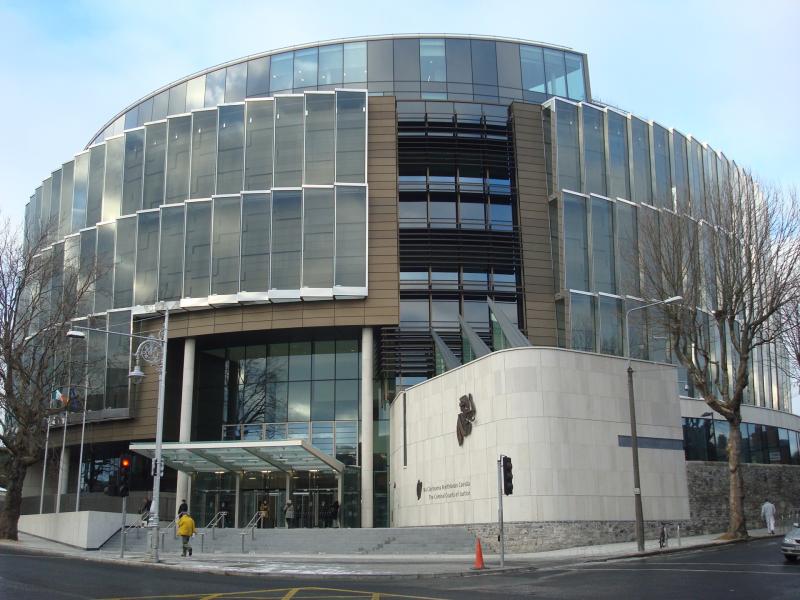 An international crime gang member who used fake bank cards to ‘skim’ more than €120,000 from dozens of Irish accounts has lost his bid to have his sentence reduced.

During the spree, more than 300 withdrawals were made from ATMs located in counties Meath, Louth, Monaghan, Cavan, Westmeath, Offaly, Kildare, Dublin, Wicklow and Galway.

He also admitted possessing 51 cloned bank cards, a machine for making false bank cards, two fake Romanian driving licences and identity cards and a false passport, which had been uncovered by gardai during a search of his home.

Munteanu later appealed the severity of the sentence on the grounds that Judge Martina Baxter had placed insufficient weight on mitigation whilst relying too heavily on aggravating factors when she imposed a custodial term on him at Trim Circuit Criminal Court last March.

At the Court of Appeal today (Tuesday), Court President Mr Justice George Birmingham noted that Judge Baxter had applied a “significant and generous” discount to a headline sentence of 11 years, which was reduced to seven years with the final six months suspended.

Dismissing the appeal, Mr Justice Birmingham added that the final six-and-a-half-year term handed down by the judge had “clearly fell within the available range”.

Yesterday, Bernard Condon SC, for the appellant, explained that skimming involved the placing of an electronic device inside an ATM to ‘read’ the bank details of unsuspecting customers as they withdrew cash.

These details would then be transferred on to a similar type of card with a magnetic strip on the back, such as a loyalty card for a retailer, which the gang would use to empty accounts of funds via ATMs, he added.

Mr Condon said his client, a Romanian national, had been a “foot-soldier“ in a skimming gang and that his role was to access accounts using the skimmed cards and steal cash.

“He did not have anything to do with the installation of the skimmer devices. Most of the money went back to Romania and he got a 10 per cent cut,” Mr Condon explained.

Counsel added that it was a “very risky role” because most of the machines targeted by the gang were monitored by CCTV.

“I am not suggesting it wasn’t a serious offence, but it is a world away from criminal gangs who have become before these courts in the past involved in guns, drugs, murder and people trafficking,” Mr Condon continued.

Although he had described his client’s behaviour as “reprehensible”, he said that to place it at the “top-end” of the scale for offending had been a mistake.

Carl Hanahoe BL, for the Director of Public Prosecutions, said the evidence from the trial showed it was “abundantly clear” the appellant was a member of an international criminal network which was not only well-established in Ireland but was also operating in multiple jurisdictions, including the United Kingdom, Belgium, Romania, and Italy.

It was also evident that the bulk of the cash was being sent back to Romania, he added.

“This is a case that the actual offences to which the accused pleaded guilty does not actually reflect what was occurring here,” Mr Hanahoe told the court.

The gang’s access to “significant resources” to acquire the “tools of their trade which were not easy to come by”, indicated the appellant was a member of “a complex criminal organisation and that pushed it [the offending] to the upper end of the range”.

He said Munteanu’s motivation was financial, with his “not insignificant” 10-15 per cut providing him with around €40,000 in illegal earnings.