Hundreds gather for a vigil in Dundalk to show solidarity with the people of Ukraine. 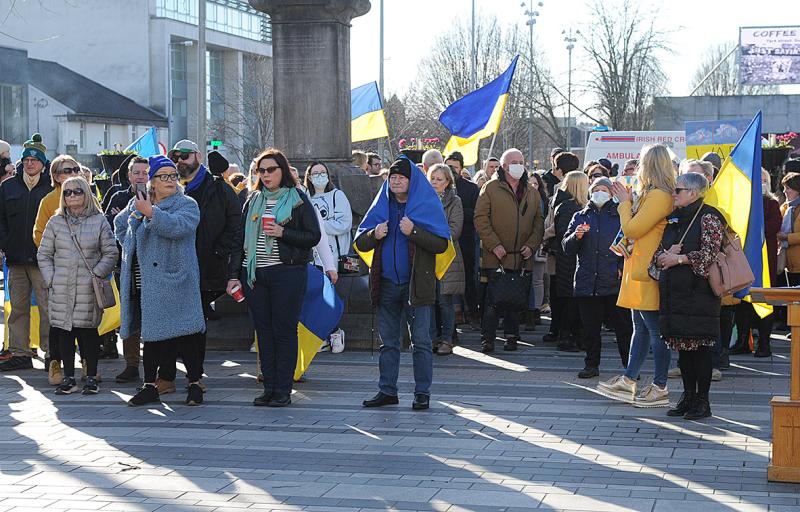 People gather for the vigil in support of Ukraine. Photos: Arthur Kinahan

Hundreds of people attended a vigil in Dundalk on Saturday afternoon to show their solidarity with the people of Ukraine.

The event, which took place outside the courthouse on Market Square in town on Saturday at 3pm, saw members of the local Ukrainian community and local people join together to call for an end to the Russian invasion.

People carried Ukrainian flags and poster with a variety of messages including “Stop the War”. 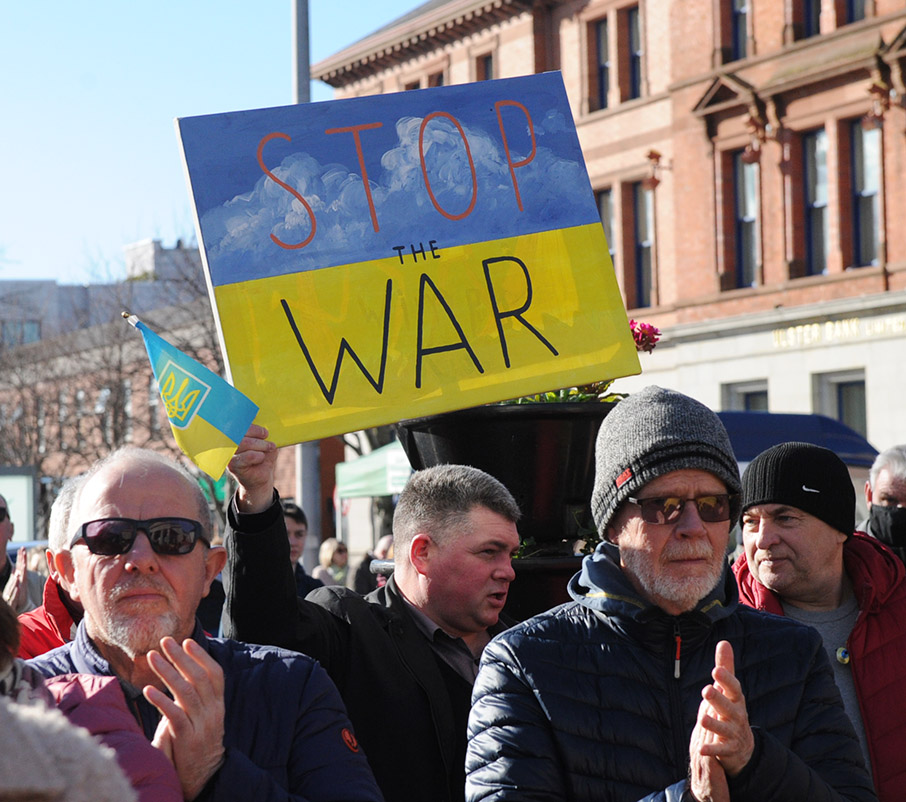 Julia Kreyzkova, wrapped in the Ukrainian flag, spoke to the large gathered crowd, saying: “I am originally from Ukraine but I have been living here for four years and am so lucky to be here surrounded by amazing people showing such love and support.

“It is my time to stand up and speak for the people of Ukraine who want peace, want love and don't want war.

She concluded: “Thank you for caring and supporting us. We really want to live in peace”. 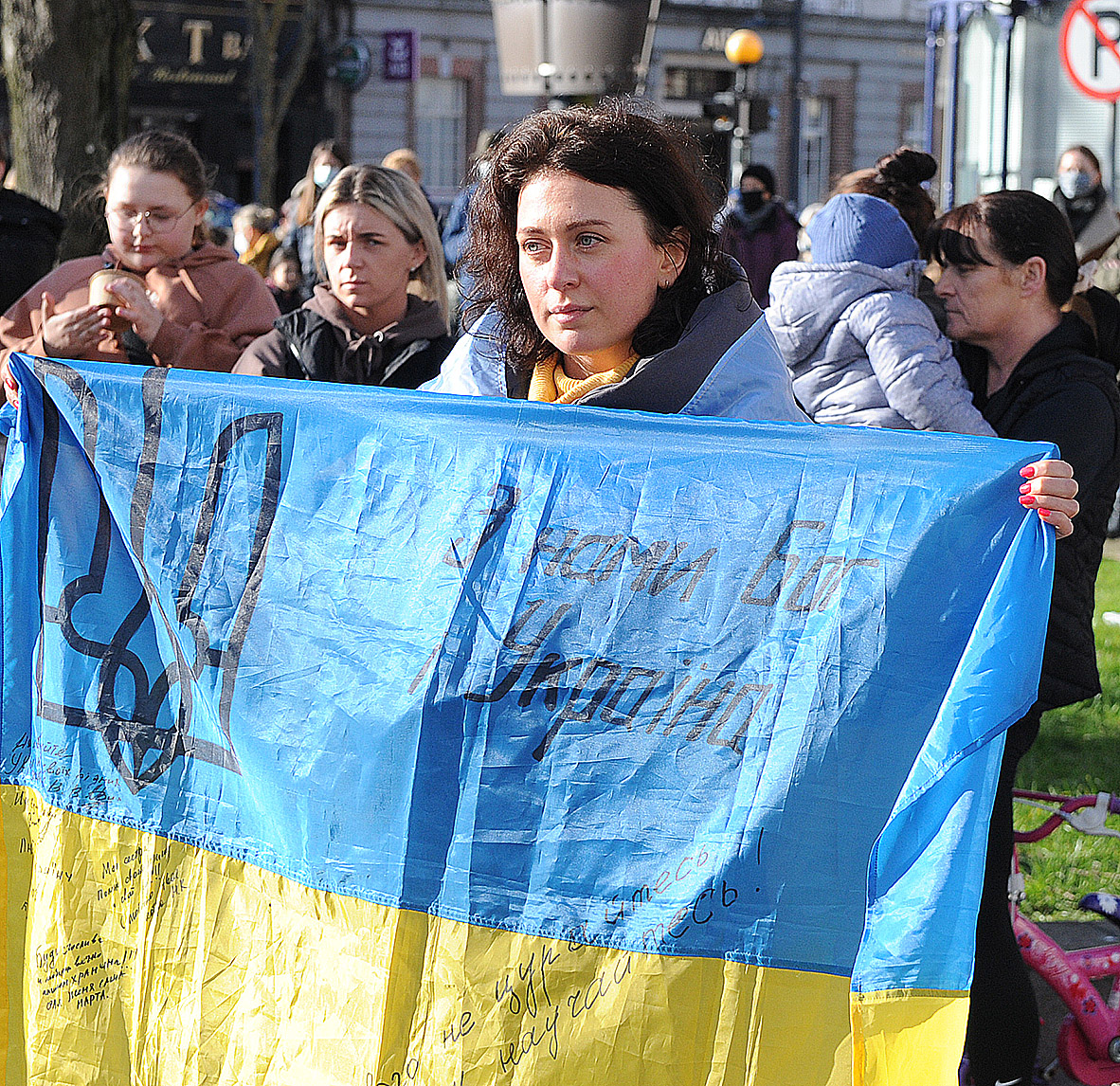 Ukrainian Tanya Kay, whose parents and friends are in Ukraine, said: “The school in my home town has been bombed to the ground.

“The maternity hospital with newborn babies, women and children has been bombed.

“There are Ukrainian people dying every single second.

“My first thought every morning is are my parents still alive, are my friends still alive.

“I jump every time the phone rings. I watch the news and see the devastation and horror.

Ukrainian Lana Dullaghan, who has lived in Dundalk for 13 years, speaking to the crowd, said: “Ireland is my home, but I have never felt so Ukrainian as I have since the horrific attack.

“I can't believe something like this could happen in the 21st century.

“The people of Ukraine have so much strength, they are fighting back.

“I never felt so much support and love in my whole life, and I want to thank each and every one of you for that.” 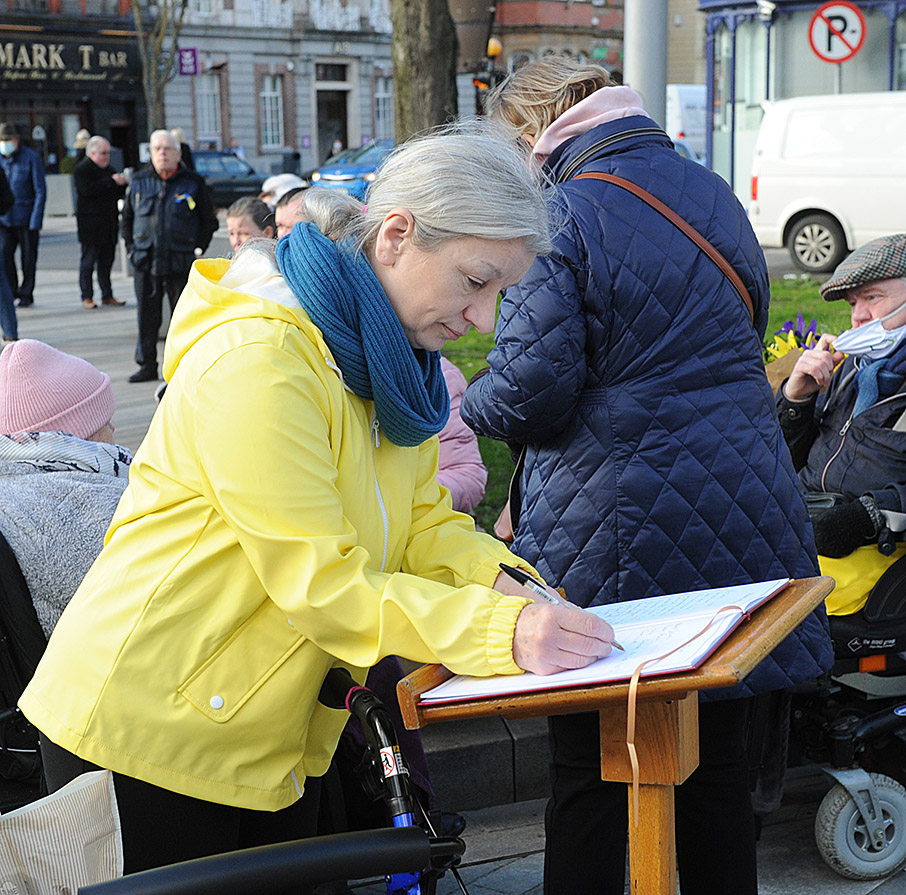 Fr Noel Kehoe, from the Redemptorist Church and one of the organisers Oliver Morgan spoke of the local communities support and solidarity with the Ukrainian people.

People lit candles and a five minute silence was held before the Ukrainian national anthem was played and people signed books of condolences and support for the people of Ukraine.