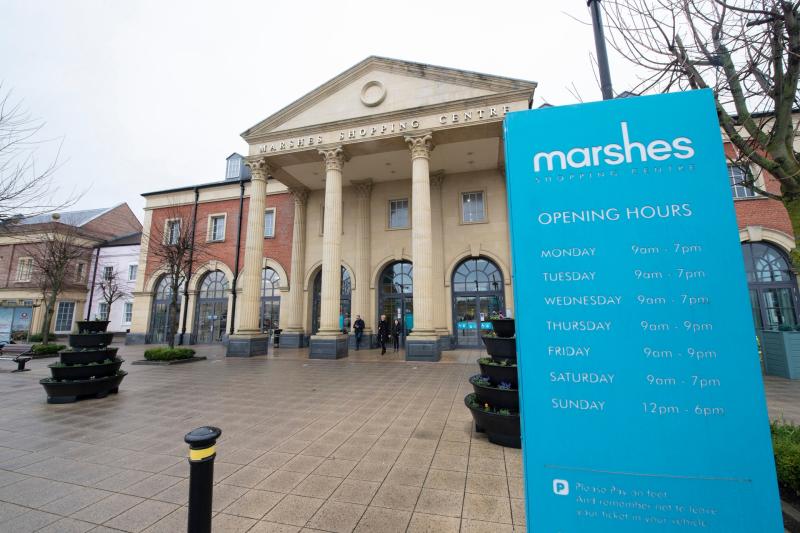 Marshes Shopping Centre has received another vote of confidence with the arrival of new tenant, Thérapie Clinic, which will shortly open a branch beside the River Cafe at The Ramparts.

The Dundalk centre, which in 17 years has grown to become the north east’s premier retail destination, has welcomed the arrival of the well-known and fast-growing aesthetic clinic chain.

Thérapie is an award-winning brand, established in 2001, offering a range of treatments from lip-fillers, laser hair removal, anti-ageing and advanced skin care.

Its arrival follows the opening of JD Sports in Marshes in November and bubble tea café Teatopon earlier last year, indicating that the future looks very bright for Marshes.

“We are delighted Thérapie has chosen Marshes as the venue for its latest outlet,” said centre manager, Sean Farrell.

“During these testing times, their arrival is certainly a vote of confidence in the future of our centre.

Marshes wishes Thérapie every success for its future here.”

Thérapie is the fastest growing aesthetic medical clinic in Europe, with over 60 outlets and in excess of 200 doctors.

It has delivered more than 10 million aesthetic medical treatments, a volume which enables it to offer services at affordable prices.

The award-winning Marshes, which opened in 2005, was built at a cost of €150million and is continually hailed as one of the most modern, high quality shopping environments in Ireland.

It has transformed the commercial heart of Dundalk and directly employs over 900 people.

Tenants include Irish, UK, US and European chains, alongside several local traders.

Aldi to create up to 16 new jobs in Louth