The Last Train to Greenore - Peter Kavanagh's Trip Through Time

A Night to Remember 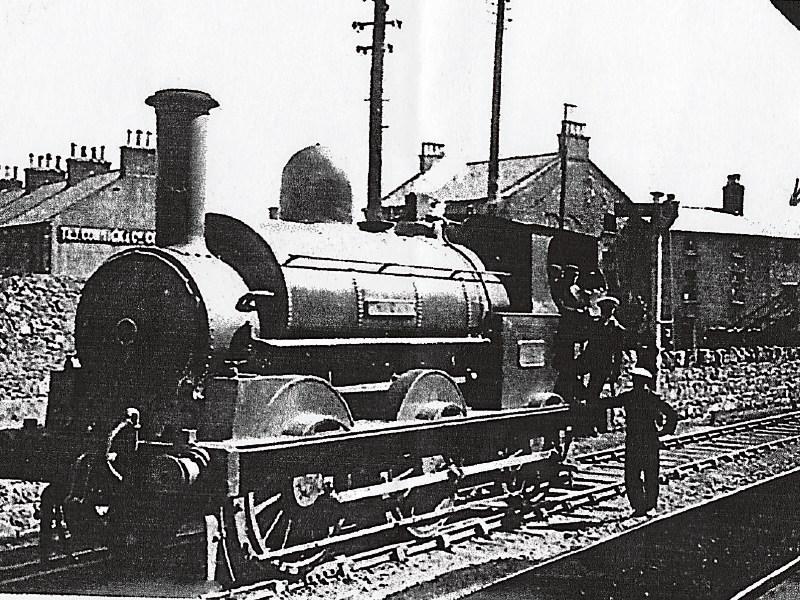 The Last Train to Greenore - A Night to Remember

Some years ago I wrote in these notes about the last passenger train to run from Dundalk to Greenore on December 31, 1951 as I recalled that I had been on that journey from Quay Street Railway Station to the terminus at the Greenore Hotel on the night. Well, just this week I was informed by a friend that some railway enthusiasts from Dundalk and Greenore were holding a ceremony at Greenore Port (The old Hotel is long gone) on New Year's Eve to commemorate the 70th Anniversary of that event and I thought I might jot down a few memories I still have of that night before they fade completely from my mind!

The reason I wish to do this is because I read recently in D.S.M. Barrie's book about the old Dundalk, Newry and Greenore Railway, first published in 1957, that there was a 97 year old man named Paddy McShane, who had started as a ticket checker when the first trains ran from Dundalk and Newry in April 1873.

I am sure Paddy is long dead by now but it it struck me that almost exactly the same length of time had elapsed since that night as he had experience from the time of the opening of the line.

There cannot be many around now who travelled on that train; and even less since the present Covid 19 pandemic reached us at the beginning of 2020 but at least my two friends who travelled with me – Richard Martin from Blackrock who lived in one of the few houses along the Rampart Road in 1951 and Peter Clancy from Castle Road who is now a retired Parish Priest living in County Dublin, are still around and keeping reasonably well for their ages – that are close to my own!

The reason I managed to be on that trip at all was because of the kindness of my friend 'Rickey's' (as I still know him) Dad, R.F. Martin, who ran a paper and twine business at Jocelyn Street at the time. He somehow managed to get us into the Guard's Van when the train was stopped at Quay Street and where the Dundalk Brass Band were playing on the platform and the musicians packed in with their instruments when they finished playing.

What I remember most about the night was that it was very cold, with snow falling from about teatime and when we reached Greenore, the whole Peninsula was covered in a white mantle of shining snow. The weather played a part in the event, because as Barrie recalls in his book, 'The evening of the 31st December, 1951 brought an intermittent blizzard so fierce that there were doubts whether the bus service which was to replace the trains could get through but thousands of people nevertheless turned out to see the end and hundreds of tickets were bought as souvenirs.

The last train was due to leave Platform No. 3 at Central Station (as Clarke Station was then known) around 8 pm but, with the band playing and the crowds cheering and singing, it did not reach Quay Street Station until nearly 9 pm where there was another long delay.

The result was that the train did not reach Greenore Station until near mid-night and thousands, from Dundalk and from the Newry train, were left stranded from home in the snow and cold.
It was here that 'R.F.' showed his thoughtfulness and kindness to myself and my friends, as he had another driver bring his own car to Greenore and to bring us home safely.

Many others were not so lucky, as what buses did turn up were not nearly adequate and many had to make their way home as best they could by way of cadging lifts in crowded vehicles and on bicycles they borrowed from locals; as they had to be at work on the following morning because in those days New Year's Day was not a public holiday (except in Scotland) --- and New Year's Day fell on a Tuesday that year! There were even stories that some had to walk the whole way 15 miles to Dundalk and Newry with the ground covered by snow and ice.

I have even heard a local man saying that 'it was like Napoleon's Army retreating from Moscow in the winter of 1812/13'.
Some overcrowded vehicles did slide off ice roads and the amazing thing was that there were no reports of serious accidents!

There is much more I could write about my memories of that remarkable night but do not have space here. Maybe, however, some of my readers will be reminded of that famous Dundalk 'Trip Through Time' and recall them with fond memories of their own!