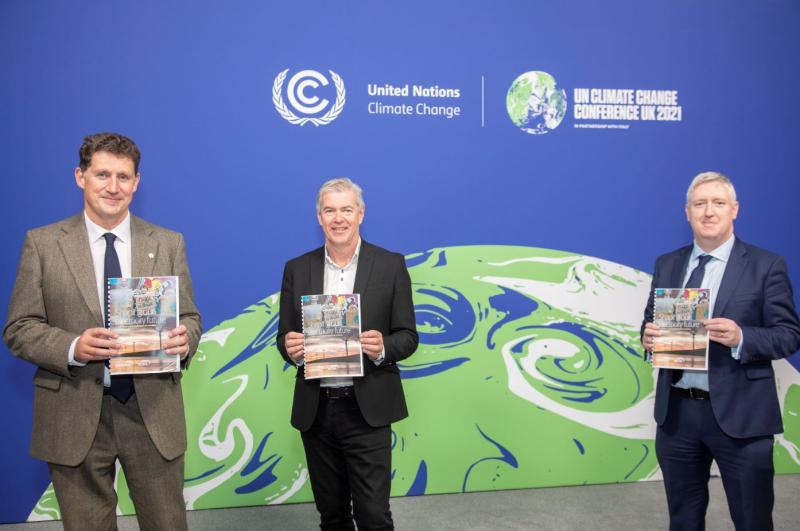 Eirgrid have said that upgrades to Louth’s power grid will be necessary as offshore wind generation is planned off the coast of the county.

As part of Eirgrid’s goal of redeveloping the country’s electricity system to manage the vast majority of electricity coming from renewable sources, the company have said that Louth will need upgrades to its existing power line infrastructure.

The announcement was made with the unveiling of the Shaping Our Electricity Future roadmap by Minister for Communications Eamon Ryan and Eirgrid Chief Executive Mark Foley.

The new plan outlines the developments that need to be completed to hit the target of 70% renewables on the electricity grid by 2030.

In total, there will be 40 new grid infrastructure projects nationwide, with a total investment worth €1 billion, on top of the existing €2.2 billion which was already in place.

The group said that with offshore wind generation planned off the coast of Louth as part of the Parkwind Oriel windfarm, alongside needs for larger power flows to go between Ireland and Northern Ireland, existing electricity infrastructure will require upgrades.

According to Eirgrid, there have been engagements across Louth as part of a consultation process that began in early March, with political briefings and an Irish Rural Link Workshop.

“Shaping Our Electricity Future will secure the transition to a clean energy future that will be delivered in line with government policy and with the support of the regulator,” said Mr Foley.

“The grid requires unprecedented change in the next ten years. This transition to clean electricity will affect everyone in Ireland and will unquestionably be difficult, however, the benefits will be truly transformative at both a societal and an economic level.”

Minister Ryan said that Ireland needs to radically reduce our dependence on fossil fuels and make the transition to renewable energy.

“We must radically reduce our dependence on fossil fuels and make the transition to cleaner, indigenous renewable energy. Increased renewable energy will insulate Ireland from the volatility of international gas and carbon prices, which are near an all-time high,” said Minister Ryan.