'Women of Independence' coming to Dundalk's An Táin stage 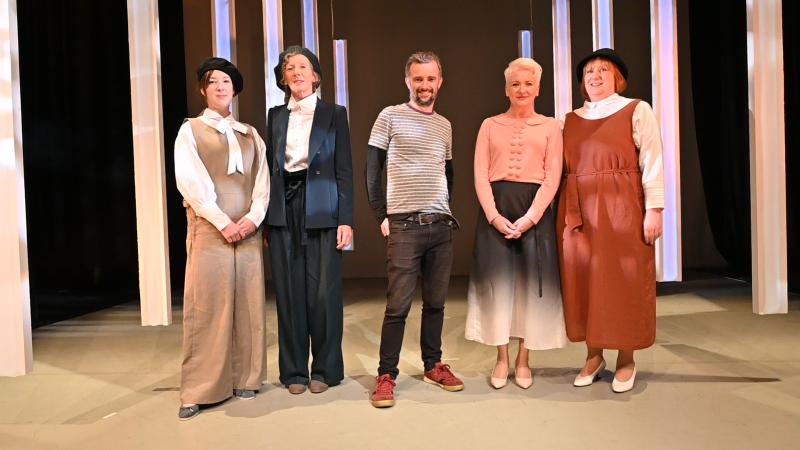 Women of Independence: Part II of the Remembrance Trilogy, produced by An Táin Arts Centre in association with Upstate Theatre Project is coming next month.

An Táin Arts Centre said they are delighted to present ‘Women of Independence’ Live screening Sunday 5th December at 8pm.
It will also be available to stream online from Friday 3rd December at 8pm for 48 hours.

‘Women of Independence’ is a filmed theatrical performance that presents the real-life experiences of four Irish women during the War of Independence through a cast of community actors.

This performance, from an entirely female perspective, uses the real-life testimonies of Louth Women, Deirdre Spillane, Máire Fitzpatrick, Mary Kate Harte and Marie Lea-Wilson, to explore the female experiences of the War of Independence.

A follow up to ‘An Easter Service’ (2016) Women of Independence is Part II of the Remembrance Trilogy and is produced by An Táin Arts Centre and Upstate Theatre Project.

Director Paul Hayes said: “I first came across these four women’s stories over two years ago, but due to Covid-19 we had to re-imagine how we would tell them a number of times. I’m really excited for the public to hear these authentic female voices as all so often throughout Irish history women’s voices go unheard.”

‘Women of Independence’ is Part of the Louth Decade of Centenaries Programme 2021 funded by the Commemorations unit of the Department of of Tourism, Culture, Arts, Gaeltacht, Sport and Media, the Arts Council of Ireland, Creative Ireland and Create Louth.

Women of Independence is available to watch online from Friday 3rd December at 8pm for 48 hours only and on the big screen in An Táin Arts Centre on Sunday 5th December at 8pm. Tickets cost €10 plus €1.50 booking fee per ticket/device. You can purchase tickets over the phone on 042 9332332 or online at www.antain.ie.