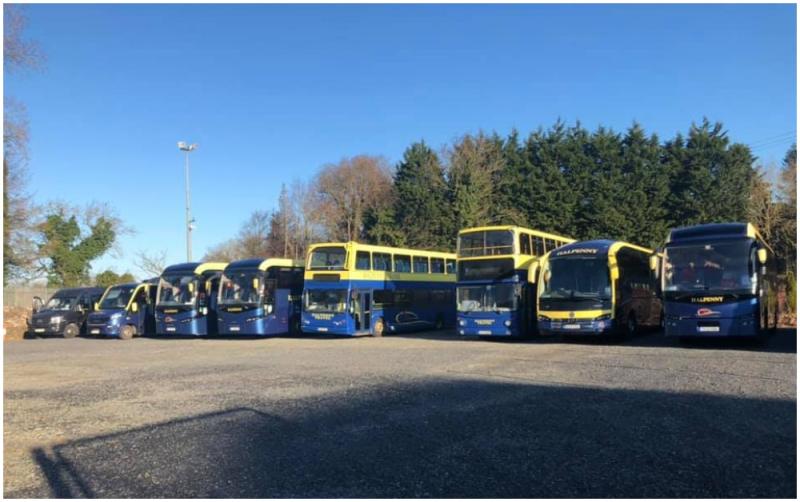 Halpenny Coaches have said that they will be cancelling all stops on Sandy Lane due to infrastructure changes at the Rock Road junction.

In a letter to residents of Sandy Lane, John Halpenny of Halpenny Travel says that due to the changes made to the junction, their buses are unable to turn on it without breaking the law.

“The issue stems from the changes to the junction which were brought about as a result of the recently announced Town and Village funding,” said Mr Halpenny in the letter.

“While we acknowledge the fact any enhancements to our road infrastructure are generally positive, unfortunately, an unintended consequence of this has meant our buses cannot turn on the junction without breaking the white line, which not only contravenes the road safety laws but also places us in a precarious position from an insurance stand-point.”

Mr Halpenny says that they have exhausted every avenue, with direct and indirect outreach to Louth County Council officials, including engineers and the Chief Executive.

“Unfortunately, our use of this route could not be supported in a way that ensures we are legally protected.” 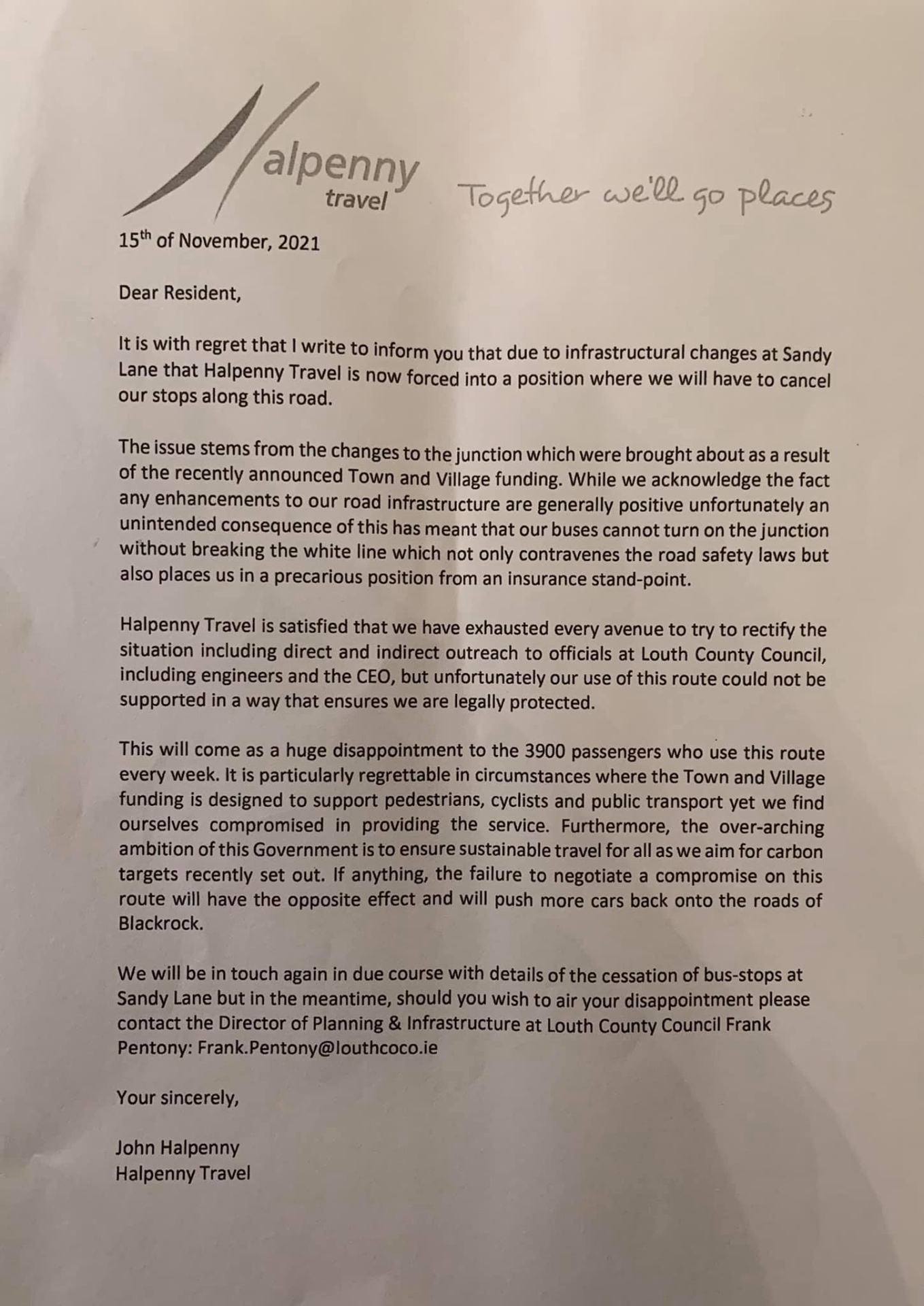 At the November meeting of the Dundalk Municipal District, Independent Cllr Maeve Yore introduced a motion to have an independent audit of the junction to solve the issue.

The meeting agreed that Cathaoirleach Maria Doyle would work with council staff to try and resolve the issue.

Cllr Yore previously expressed her frustration with the situation being delayed another month.

“I am disappointed that it’s going on for another month, there is no communication or collaboration,” said Cllr Yore.

In the letter, Mr Halpenny says that the cancellation of stops will be a “huge disappointment” to the 3900 people who use the route each week.

He added that the ambition of the current government was to ensure that there is sustainable travel but that the lack of compromise on the junction would do the opposite.

“If anything, failure to negotiate a compromise on this route will have the opposite effect and will push more cars back onto the roads of Blackrock.”

Mr Halpenny said that if people wish to express their disappointment with the changes, that they should contact the Director of Planning and Infrastructure at Louth County Council, Frank Pentony.