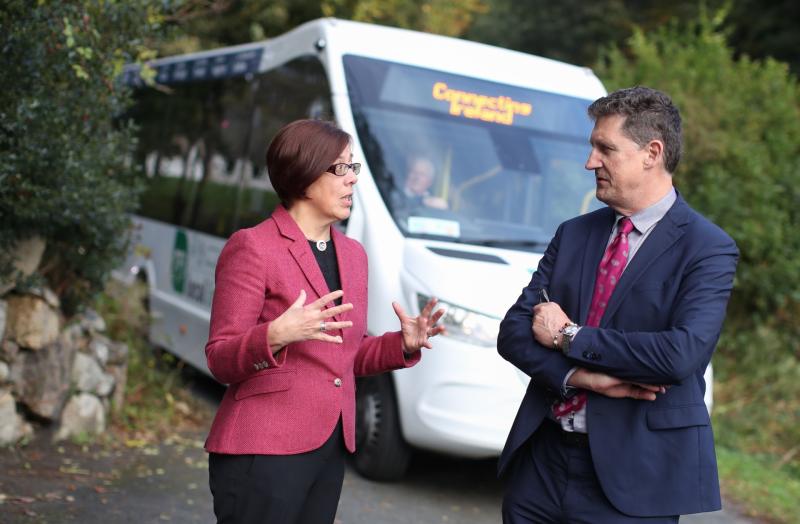 A new public transport plan from the National Transport Authority (NTA) will see multiple new routes connecting Dundalk with other towns around the northeast, alongside improvements to existing routes.

The plan, known as Connecting Ireland, was announced by the NTA late last week, with Transport Minister Eamon Ryan officially launching the plan.

In total, there are to be two new routes connecting Dundalk with other towns, as well as additional routes that will pass through Dundalk and on to Drogheda and Dublin.

The planned 33 route, which will connect Dundalk with Enniskillen, is an entirely new bus corridor, with parts of the route being serviced by multiple bus routes.

The 33 will also serve Clones, Smithborough, Monaghan and Castleblayney between the two towns, running with a minimum service frequency of two hours.

The new 41 route will connect both Dundalk and Mullingar, passing through Ardee and Kells along the way. Part of this new bus route was previously serviced by Route 167.

The Dundalk-Mullingar route will also have a service frequency of two hours.

Improvements to the Dundalk-Cavan route are also being proposed, with the NTA saying the new service will be every two hours.

Alongside these, there is also a proposal to update the 168 route from Dundalk to Annagassan to run through more towns in north Louth.

The proposed upgrade of the route will see the 168 and the 161 merged, which will run through Carlingford, Jenkinstown, Dundalk, Dromiskin, Dunleer and other townlands en route.

According to the NTA, this route will have a minimum of nine return services a day Monday to Saturday, with four return trips on Sunday.

Speaking on the launch of the plan, Minister for Transport, Eamon Ryan said that the plan will increase the frequency of buses around the country and not just in Louth.

“This Connecting Ireland plan will significantly increase both the number of routes and the frequency of existing services right across the country. Hundreds of rural villages and areas will for the first time will be served by a viable public transport link,” said Minister Ryan.

“To have strong local economies and to give people real options for getting around you need good public transport links – this plan represents a step-change in delivering good quality public transport in rural Ireland.”

Anne Graham, CEO of the NTA said that local transport is a key part of the Connecting Ireland plan.

“We know that for many people, living in a village or in a rural area can mean that accessing services, or employment, or education, or even retail is difficult if not impossible, without using a private car. We want to change that,” said Ms Graham.

“I believe that expanding the public transport network and increasing service levels, in the way we are proposing, will mean that more people in rural areas will have greater levels of freedom whether or not they have a car.”